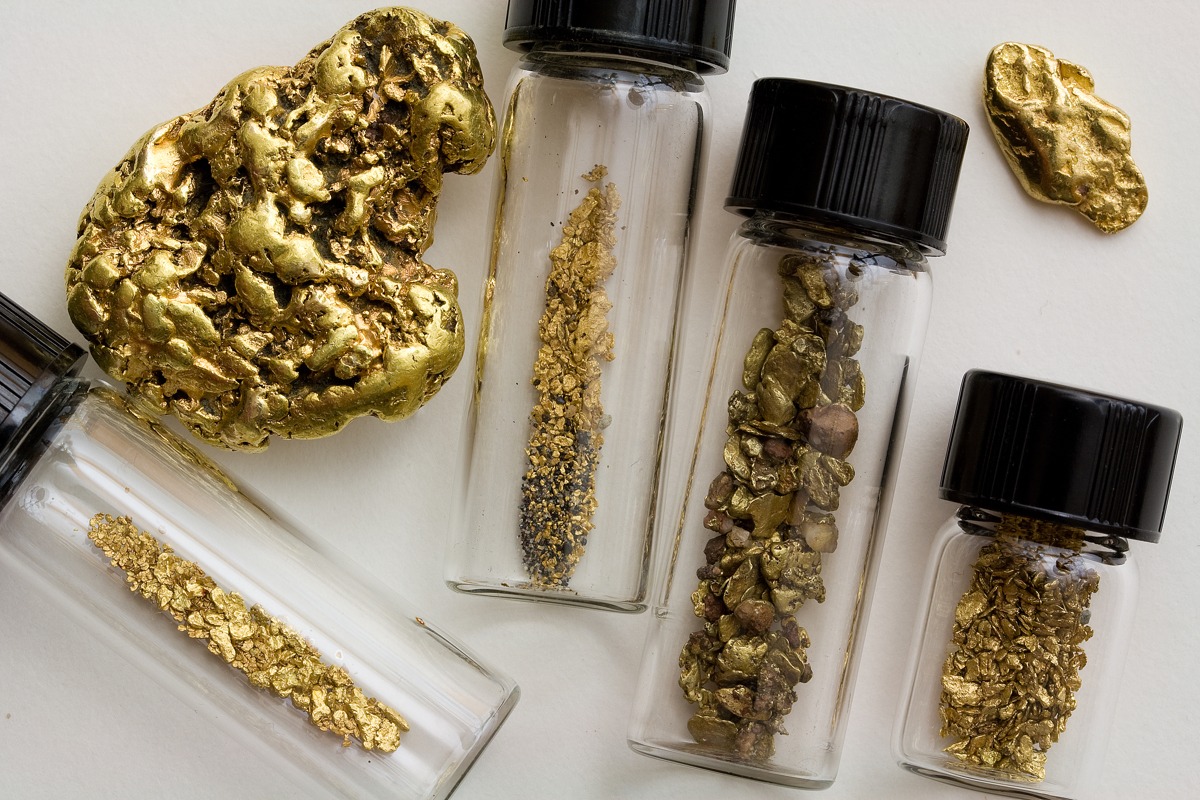 Blue Star Gold Corp. (TSX-V: “BAU”) is pleased to present this update on its corporate activities and to report on its planned operations for 2019. Blue Star has decided to drill this year on its priority gold targets within the Company’s 100%-owned Hood River concessions to map and sample in detail certain high-grade grade gold occurrences for future drilling programs.

Since restructuring of its board and management in late 2018, Blue Star has been working on the planning, permitting and execution of its inaugural drill program on its 100%-owned Hood Property in the Kitikmeot region of western Nunavut. The Company began the process by meeting and consulting with Nunavut stakeholders, and has augmented its technical team by engaging expert consultants in areas of community relations and territorial permitting. Management and the technical team have completed several trips to the north beginning with the 47th Annual Yellowknife Geoscience Forum held November 19-21, 2019 and, since the new year, has travelled to Nunavut monthly, visiting nearby communities, meeting with the public, various stakeholders, Institutes of Public Government (IPGs) the Regional Inuit Authority (RIA), the Government of Nunavut and the Government of Canada. Further, Blue Star has attended forums such as the 20th annual Kitikmeot Trade Show, February 11-13, 2019 in Cambridge Bay, Nunavut, and during the recent Mineral Exploration Round-up in Vancouver and the Prospectors and Developers Association Conference in Toronto, members of our board, management and technical team took advantage of opportunities to meet with delegates attending from Nunavut.

Stephen Wilkinson, CEO and President, commented, “The Blue Star team has now met with several of the stakeholders and interested parties within Nunavut. Not only have we been able to introduce our Company, we have heard from parties what their interests are. We are moving forward collaboratively and look forward to ongoing open dialogue with our neighbors and landowners respecting our developing mineral projects. Such two-way communication should greatly assist Blue Star in building strong relations with the people and regulators of Nunavut. Furthermore, we are pleased to report Blue Star has commenced the process of amending and renewing existing authorizations for its planned exploration program that will include locating a new camp site and commencing a sizable drill program.”

Blue Star is also pleased to report that the Nunavut Planning Commission (“NPC”), on March 18, 2019, referred our application for the Hood River exploration program to the Nunavut Impact Review Board (“NIRB”) for screening. Following receipt of public comments and a screening decision from the NIRB, Blue Star will commence land use licencing with the surface landowner, the Kitikmeot Inuit Association (“KIA”), and will seek to renew and amend the existing water licence administered by the Nunavut Water Board (“NWB”). Blue Star expects to hold required authorizations in time to support a late summer drill program.

The Hood Property covers 8,015 hectares (80.15 square km) and is located 125 km west of Bathurst Inlet, Nunavut. The Hood Property lies entirely on Inuit-Owned surface and sub-surface land; Blue Star holds an agreement with Nunavut Tunngavik Inc. (“NTI”) for the exclusive right to explore the parcel. Priority drill targets within the Hood Property are on-strike and north of the Ulu Mining Lease’s advanced Flood gold zone and are related to the 5 km long Ulu regional fold. The North Fold Nose Area (the “NFN Area”) is the part of the Ulu fold that extends for 2 km from the Ulu lease boundary north, traced the axis of the fold. It is reported that several gold occurrences are located on this trend including the NFN Vein, the Bizen and the Apex. In 2014, the Company sampled the NFN Vein taking 18 channel samples that had an average width of 0.92m and graded 6.94 grams/tonne gold (g/t Au) and 7.66 grams/tonne silver (g/t Ag). BHP tested the vein with 5 diamond drill holes in 1990 and 1991. Diamond drill hole 90VD-81 tested the vein on the east fold limb and returned 6.03m grading 7.31 g/t Au, including 25.63 g/t Au over 1.54m at a vertical depth of 60m. Drill hole 91VD-111 was drilled underneath 90VD-81 the following year and intersected 9.16 g/t Au over 6.88m, including 54.94 g/t Au over 0.95m and 0.25m grading 18.2 g/t Au at a vertical depth of 95m below surface. Blue Star recognizes the NFN Vein as an excellent candidate among others for a comprehensive program of highly detailed geological mapping and sampling of the surface showings.

Other Hood Property gold occurrences on or related to the Ulu fold include the Bizen and the Apex zones. The historical Bizen mineralization was sampled by BHP in 1993. Ten grab samples were obtained within the Ulu fold axis and along a 300m long gossanous occurrence. The two highest gold analyses are reported as 177,000 ppb Au and 49,700 ppb Au. The Apex zone is located 2 km south of the NFN Vein and just north of the Ulu mining lease boundary. The Apex is also localized along the Ulu fold axis. Historical work has shown the Apex zone to be up to 700m long with typical surface samples of 2-11 g/t Au over widths of approximately 1.0m. The Bizen zone, the Apex zone, and the area between the two zones are also priority targets for Blue Star’s immediate exploration plan.

As Blue Star continues its corporate development and advancement plans, the Company was funded by way of shareholder loans from Dr. Georg Pollert who is also a Director. The advances are qualified by two non-recourse notes where each is in the amount of $250,000. The settlement date under the first note will mature on December 31st, 2020 and the second note will mature on March 30th, 2021. The loans will pay simple interest of 7.5% per annum and the interest payment shall be made in cash on the earlier of the date of the repayment or on the settlement date.

Subject to the approval of the TSX Venture Exchange, Blue Star will grant Bonus Shares to Dr. Pollert where the value of the Bonus Shares will equal 20% of the loans. A total of 2,000,000 Bonus Shares shall be issued by the Company and shall be priced at $0.05 each.

Blue Star is a Vancouver-based gold and silver exploration company focused on mineral exploration and development within Nunavut, Canada. The Company through its subsidiary, Inukshuk Exploration Inc., owns the highly prospective 8,015 ha Hood River gold property located contiguous to the Ulu mining lease. Blue Star holds a definitive agreement to acquire the Ulu, an advanced gold and silver project. The Company website is under construction and Blue Star will announce the availability of the website as soon as it is available.
Qualified Person

Warren Robb, P.Geo., is a Qualified Person under National Instrument 43-101 (“NI 43-101”), and has reviewed and approved the geological information contained in this presentation.