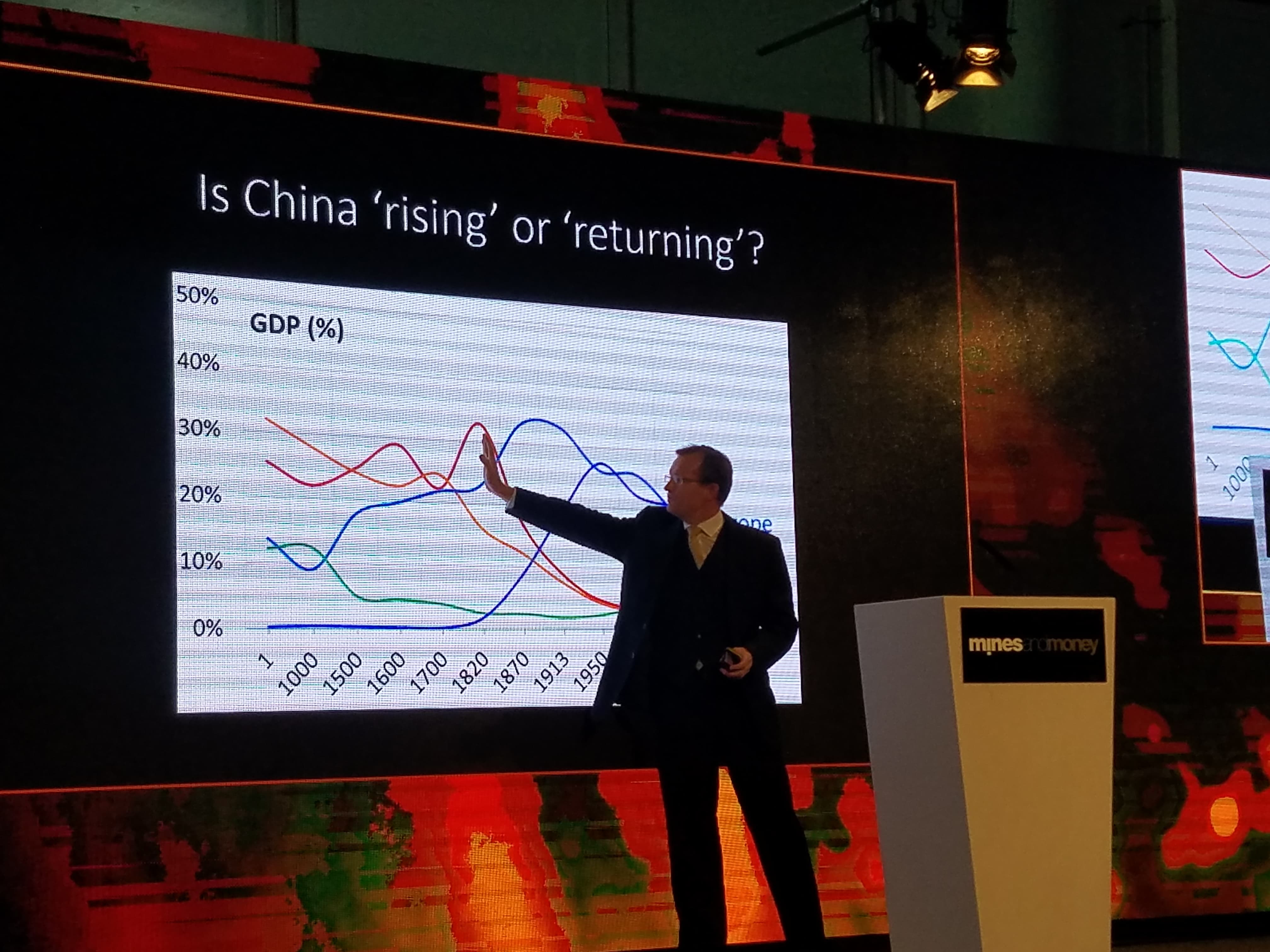 For thousands of years a region’s economy was strongly liked to its population and during this period China and India were the world’s biggest economies. Throughout the centuries the waxing and waning of empires lead to a dark age for Europe between 400-1400 AD. Although Europe saw little growth the rest of the world flourished. The Arabic world saw an unprecedented prosperity in knowledge from the founding of the Zero to the accurate measurement of the solar year, both great achievements accomplished in the city of Merv which sat in the middle of the silk road. The great commerce caravans stretching from China to the Arabic world linking the world’s financial centres of the time.

Europe got a lucky break with the industrial revolution and rose to global dominance and it is at this peak we now stand. Is China rising or simply returning to power? More patents are issued in China than anywhere else, the knowledge that allowed us to dominate was shared, and a return to balance is upon us. There have been 6 great shifts in human culture starting with the Egyptians 5000 years ago, each shift taking centuries and usually involving bloody war. Hopefully we can avoid it this time but is Europe ready to let go?

China is fast growing as both the trade and business centre of the world. With the collapse of the Trans Pacific Partnership and the rise of the Shanghai Cooperation Organisation and Belt and Road Initiative, both Chinese lead organisations linking the fastest growing counties together. For instance, this year saw Pakistan and India join the SCO. Meaning this one organisation contains half the world’s population, half the world’s GDP and the fastest growing economies.

We all know that China has been spending billions on the Belt and Road initiatives and we were promised that here in the west we will see great benefits. Why would China waste time connecting to us, we are not growing and some of us are falling? China’s Belt and Road initiative will relink it with India and Africa, the areas with perhaps the greatest promise for growth. Where we have seen additional investment in infrastructure and business, we see the local population are enriched creating a market place for the Chinese product.

So a warning to the west, we are getting left behind and the centre of the world is once again shifting east, our power over the last 200 years is a historical anomaly and China is looking to retake its title. We will have to adapt to the new order where Asia and Africa are the powerhouses of world growth or we will fall behind and return to the dark ages.

A look at the current gold market