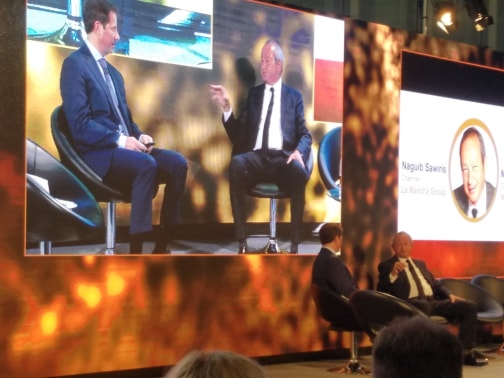 Naguib Sawiris, an Egyptian born businessman amassed a telecom empire, becoming the 6th largest provider in the world, making him one of the richest people in Africa. He then sold his company 6 years ago and invested his earnings into the gold industry. At first, shy to share his secret of success, he quickly loosened his lips and let us know how this outsider has successfully gained value even with the gold price losing $600 from when he started.

Firstly, he targets small companies which have a high-risk portfolio. These are usually ignored by mining investors but a good eye can quickly identify promising projects. Once purchased he adds it to his mining group, thus centralising the administration which helps reduce cost. More projects also diversify the portfolio de-risking it. He also insists that any board of directors not to be made up of only bankers and miners, two of the most stubborn people know to man. He wants at least one business man sitting at the table to help things move and to promote new ideas. 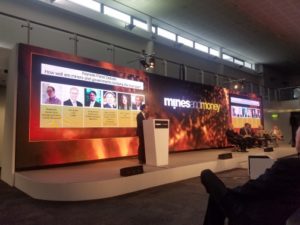 Another of his tips was to triple or even quadruple expenditure on exploration for the simple reason the all-in cost to discover an ounce is $30 while purchasing a discovered ounce can be as high as $1000. So an expanded exploration budget adds millions of ounces per year to your reserves, making the company more attractive, safe and valuable.

While working in the industry he has found a few problems which he wants to deal with. First is the illegal attempts of governments to ridiculously milk companies, either in the form of a tax of vat. Politics being greedy can ruin mining regions. Secondly, he wants gold to go up. We live in a time of Trump, Brexit, trade war and actual war but gold is holding steady.

His final words were aimed at the government representatives in the room. A small investment on your part in the form of the infrastructure of geophysical surveys will massively increase the likelihood of more companies coming to mine. A small investment upstream equals a big payoff downstream.