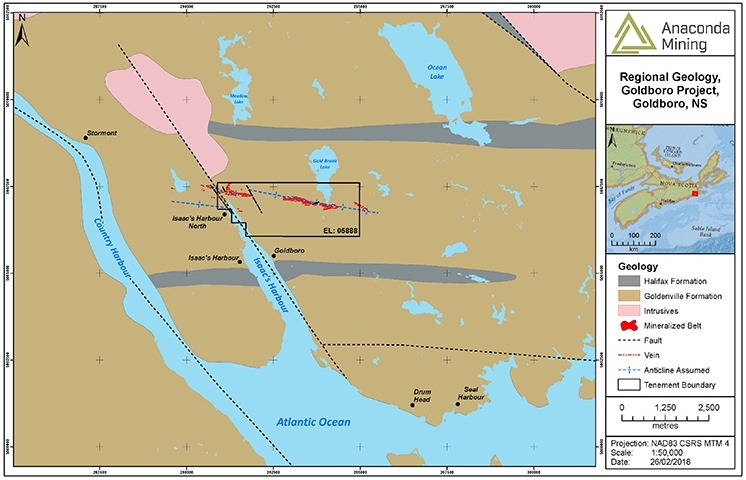 Anaconda Mining, the gold mining, development and exploration company with a focus on Atlantic Canada, has reported an upgraded and expanded Measured and Indicated Mineral Resource at their Goldsboro Project in Guysborough County, Nova Scotia. The resource will form the basis of the mine plan due in the Goldsboro Feasibility Study due in Q4 this year.

The highlights of the update include

Commenting on the resource upgrade, the President and CEO of anaconda Mining, Kevin Bullock, said that the 698,000 ounces of combined Meadured and Indicated Mineral Resource, coupled with a further 685,100 ounces of Inferred Mineral Resource, makes Goldsboro the single largest gold deposit in Nova Scotia, with the possibility of future expansion.

Anaconda is a TSX and OTCQX-listed gold mining, development, and exploration company, focused in Atlantic Canada. The company operates mining and milling operations in the prolific Baie Verte Mining District of Newfoundland which includes the fully-permitted Pine Cove Mill, tailings facility and deep-water port, as well as ~11,000 hectares of highly prospective mineral lands including those adjacent to the past producing, high-grade Nugget Pond Mine at its Tilt Cove Gold Project. Anaconda is also developing the Goldboro Gold Project in Nova Scotia, a high-grade resource and the subject of an on-going feasibility study.