Head of Mining & Portfolio Manager, Finance SA and author of 'The Alain Review' for MiningIR.

“Louis James” was legendary speculator Doug Casey’s protégé at Casey Research for almost 14 years, until early 2018. He joined the Casey team in 2004.

By 2007, he was writing and making investment recommendations in Casey’s flagship newsletter, the International Speculator.

Now he brings his experience, his connections and his deal flow directly to you, without the barrage of marketing hype used by larger publishers.

A precious metals aficionado with degrees in finance and engineering, he originated The Morgan Report, a monthly report that covers economic news, the global economy, and to make substantial capital gains by investing in the Resource Sector. The Model Portfolio covers top-tier, mid-tier, speculative and special situations.

David considers himself a big-picture macroeconomist whose main job is education—educating people about honest money and the benefits of a sound financial system.

His ideas can be seen in the movie Four Horsemen, a Feature Documentary. Watch the full length video below.

Ellis Martin began his career in radio and broadcast journalism in 1970 at WGNY in Newburgh, NY. He became Program Director and GM of KDEF-FM in Albuquerque, New Mexico at the age of 19 in 1974, transitioning to KNWZ, news/talk radio also in Albuquerque. He studied business and journalism at Boston’s Northeastern University and added performing arts and telecommunications at the University of Albuquerque and the University of New Mexico. In the mid 1990s Ellis became the Station Manager for Kansas City’s heritage station WHB-AM and Missouri’s “The Farm” KMZU, a country and agricultural radio station reaching 100 cities and towns in 5 states and 50 counties.

Ellis taught radio broadcasting at The Academy of Radio and Television Broadcasting in California and in the year 2000, he created The Ellis Martin Report a nationally syndicated radio program focusing on potentially undervalued publicly traded companies showcased to an audience of retail and high net worth investors. 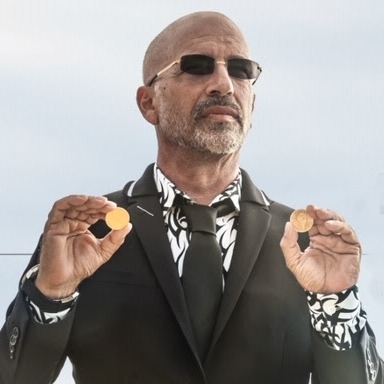