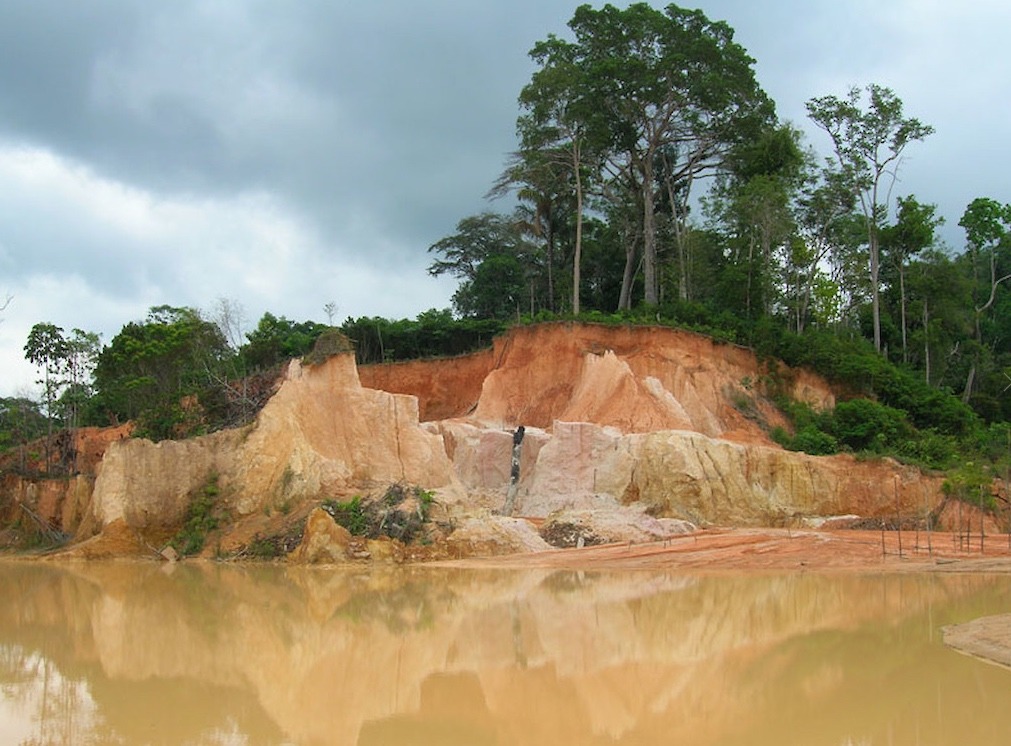 • A second channel sample taken 100m further to the east in the area of the projected extension to the main Machichie zone, returned 0.75m @ 22.1g/t gold further extending the high-grade zone to the east.

• The Machichie zone remains open in terms of both width and strike extent. These results extend both the high-grade zone and the lower-grade envelope at least 180m to the east of the most easterly drill holes at Machichie, bringing the known strike length to over 450m

• The current reconnaissance drill program at Cuiú Cuiú was expanded to include a tenth target, Morro da Lua target, which has never been drilled. That phase one drill program is now complete. A total of 2,511m comprising 18 holes were drilled at ten targets, eight of which had received no previous drilling. Results have been reported for the first four targets thus far with the remaining results expected in the coming weeks

The Machichie discovery is located just 500m north of the MG deposit (Figure 1) which is currently the second largest gold deposit known at Cuiú Cuiú, with an Inferred Resource of 8.6MMt @ 1.45g/t Au (0.4MMoz of gold).

Recent drilling (see press release of 28th February 2019) at Machichie which had never been previously drill tested, returned several high-grade intercepts within a low-grade envelope, e.g. 62.8m @ 0.9 g/t gold including 2.1m @ 15.3 g/t and 45.0m @ 1.0 g/t gold including 3.1m @ 7.3 g/t. These holes tested an E-W tending structural zone and established an initial strike length of 275m to a depth of 80m. The zone remains open at depth and along strike.

The surface channel results reported here are from a new exposure 80m east of the most easterly drill holes which revealed a sub-vertical quartz vein structure surrounded by a highly altered zone containing numerous narrow quartz vein stringers and disseminated iron oxides after pyrite. The channel returned gold values of 9.5m @ 5.3 g/t including 1.5m @ 30.8 g/t gold across the strike ofthe main vein structure (Figure 1). The intersection is open, with sampling constrained by the limit of exposure in the cutting.

In addition, a second channel sample taken 100m further to the east in the area of the projected extension to the main Machichie structure, returned 0.75m @ 22.1g/t gold further extending the high-grade zone to the east. Limited surface exposure meant that the sample must be considered a minimum width.

The significance of these new results can be summarised as follows: 1) mineralization exposed in the recent garimpo workings extend the known E-W trending Machichie zone 180m east of the most easterly drill holes, establishing a minimum strike length of over 450m, 2) very high-grade gold values are also present implying continuity of the central high-grade vein structure at Machichie, and 3) the zone remains open to the west and to the east.

The reconnaissance drill program at Cuiú Cuiú was extended to include a tenth target, Morro da Lua, and is now complete.

Morro da Lua is an E-W trending magnetic anomaly that is coincident with elevated gold-in-soil and gold-in-auger sample results. Rock chip samples collected from surface during 2018 ranged from 5.5 – 162.4 g/t gold. A single hole was drilled to a depth of 183m.

A total of eighteen diamond drill holes were completed at ten separate targets, for a total of 2,511m as part of the current drill program. Eight of these targets had never been previously drill tested.

Results have been reported on four of these targets; Machichie, Machichie East, Seis Irmaos and MG with best results as follows;

Alan Carter, President and CEO commented “The new surface results were collected up to 180m east of the nearest drill holes and confirm the extension of a very high-grade structure at Machichie which is surrounded by a lower grade envelope.

The expansion of the strike length by 65%, and the fact that the zone remains open in terms of width, depth and along strike, suggests that Machichie could host a signifiicant high-grade deposit. Further drilling is required to determine the full extent and continuity of the mineralized zones”.

The Company is a junior resource company engaged in the identification, exploration and development of mineral properties, with a primary focus on gold properties located in Brazil.

The Company owns the Cuiú Cuiú gold project, which covers the largest of the historical placer gold camps in the Tapajós region of northern Brazil, having yielded an estimated 2M oz of gold from the overall 20-30M oz gold produced during the Tapajós gold rush. Placer workings cover over 850ha on the property but are largely exhausted. The few remaining artisanal workers now process gold from palaeo-valley placer deposits and in places exploit high-grade gold mineralization from quartz veins in saprolite (shallow highly weathered bedrock).

Cabral reported an updated NI 43-101 Mineral Resource Estimate in December 2018totalling 5.9M tonnes grading 0.9 g/t Au (Indicated) and 19.5M tonnes grading 1.2 g/t Au (Inferred), or 0.2M ounces and 0.8M ounces of gold, respectively. That estimate was based on four deposits drilled prior to the cessation of exploration in 2012.