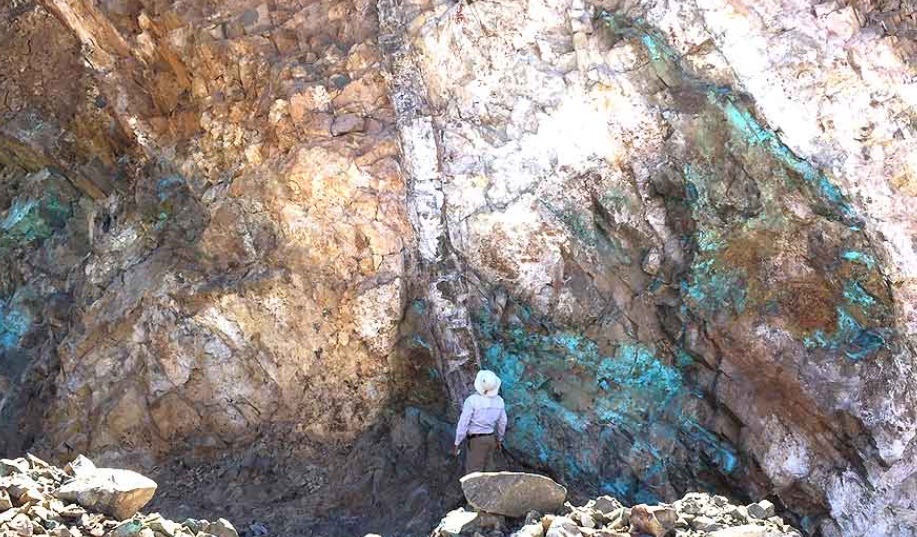 Coro Mining, based in Vancouver, has released the data from a fourth batch of 18 reverse circulation holes they’ve been drilling on the Marimaca Project in the Antofagasta region of Chile. This latest batch of drilling adds 4466 metres to bring their total to 20,516 metres drilled across 75 holes as they work on gaining a deeper understanding of the geology of the Marimaca deposit.

Commenting on the results, Sergio Rivera, VP of Exploration said: “The results from Atahualpa to date continue to exceed my expectations, in terms of both the size of the mineralized area and the grades. These additional drill holes were designed to provide a better understanding of the main geological features in the northern part of the Marimaca deposit and the data will be used in the estimation of the enlarged mineral resource for the project, which remains on track for publication in the third quarter of 2019.”

Key highlights from the drilling

Results from the additional drilling confirmed oxide mineralisation including:

The fourth batch of drill results from Atahualpa further confirm the trend of mineralization running northwards from the Marimaca 1-23 area where a resource has already been established, as illustrated in Figure 1 below. This batch was in addition to the originally planned exploration work program and designed to:

The first objective has been accomplished with results from holes ATR-58, 74 and 86 which demonstrate the quality and continuity of attractive copper oxide in the area previously sampled by underground working that mined high-grade north-south trending feeders. The second objective was also achieved, with all the 310° and 220° azimuth-oriented holes intercepting oxide mineralization at different copper grades that confirm the continuity of mineralization in between the feeders, hosted by parallel fractured and dyke intruded wall rock. Finally, the emergence of high-grade zones is evidenced by holes such as ATR 73, 76 and especially ATR 96. In addition to the high-grade copper oxide intervals, it is notable that drilling encountered more mixed, enriched and primary mineralization than had previously been found in other areas of the deposit.

The data will be used to aid the interpretation of all the results so far in calculating the enlarged mineral resources for the Marimaca Phase II project, anticipated in the third quarter of 2019. Some further additional drilling has been completed to better understand higher-grade mineralised cores with the data due back from the laboratory in the coming weeks.

About the Marimaca Project

The Marimaca Project is located in the Antofagasta Region of northern Chile. It is situated within a 25 kilometre radius of plug-and-play infrastructure: people, power, clean water, road and rail networks.
The regional capital Antofagasta, a city built on mining and today the world’s “capital of copper” is only 60 kilometres away.
Discovered, controlled and currently being explored by Coro, the Marimaca Project is demonstrating its potential to be one of the best new open-pittable copper oxide deposits discovered in Chile in recent times. A fully funded Phase II exploration program is currently underway, targeting an enlarged resource in the third quarter of 2019.

The initial discovery at Marimaca 1-23 was made by Sergio Rivera, Coro’s VP of Exploration. His hunch that this area had the potential to be a big project was confirmed only a few months later when a one-in-a hundred-year rainfall washed the Atacama dust away and revealed the green colored mountain side at Marimaca. Sergio and his experienced team are now advancing a second phase of exploration at Marimaca, with over 150 drill holes for approximately 50,000 metres.

Investors have the opportunity to generate considerable value during the early phases of the mining life cycle – namely the discovery, exploration and project definition stages. This is where Coro is with the Marimaca Project and with the discovery already made, the story is partly de-risked and a simple one focused on resource growth.

Coro is a Canadian quoted copper company focused on exploring and developing new sources of copper to supply an increasing global demand for this essential commodity.
Our vision is to create significant value for our shareholders and stakeholders by realizing the full potential of our flagship Chilean asset Marimaca, which has the promise to become one of the most significant copper‐oxide discoveries in recent years.
Managed by a team of highly experienced professionals in exploration, development, operations and capital markets, Coro is committed to the highest standards of governance, environmental stewardship and corporate social responsibility.
The Company’s shares are quoted on the Toronto Stock Exchange (“TSX”) under the symbol COP.

Gwen Preston looks at why nickel prices have reached a 5...