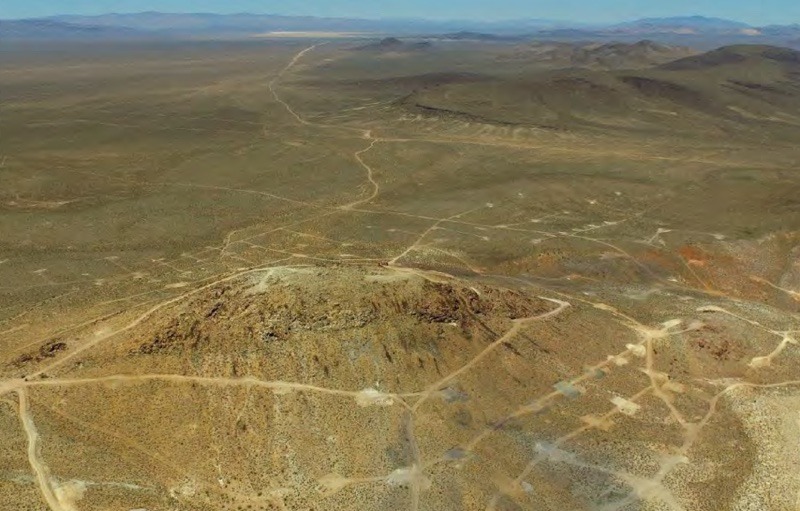 Vancouver based Corvus Gold, a gold exploration and development company, has announced assay results from their recent drilling program. This has identified a new vein/stockwork gold system on their North Bullfrog property. This shallow vein system follows a north-south trend with improving grades along the strike. The key highlight intercept here is 21.3m at 1.02 grams of gold per tonne, including 4.57 metres of 2.47 g/t gold.

These latest results combined with previous findings outline a system which is open in all directions, a system that Corus believes could possibly develop into another YellowJacket or Bullfrog vein/stockwork deposit.

Corvus also confirmed that they had received further positive stepout drill results from the western expansion of the Sierra Blanca deposit and the northern extension of the Jolly Jane deposit.

Discussing what these results mean for the North Bullfrog part of the greater Bullfrog Gold District, President and CEO of Corvius, Jeffrey Pontius, said: “Corvus is well positioned to develop the core of this emerging world-class gold district, which has now attracted the attention of three major mining companies. Corvus will be expanding its drill programs with the intention of growing its large, mineral resource base, defining new discoveries and expanding the deep potential of the Mother Lode system. This exploration push plays in concert with new discoveries by neighbouring companies and increases the potential for future district consolidation.”

The western extension of the Sierra Blanca Deposit provides the potential to expand the Phase-1 North Bullfrog development plan.
Latest results highlight expanding mineralisation to the southwest, with a new higher grade target extending in the northwest part of the West Sierra Blanca (WSB). The depth of this system was tested with drilling and results indicate additional depth potential below current pit limits.

The results from the WSB will be included in a new resource model for Sierra Blanca/Yellowjacket and the Phase-1 mine plan scheduled for release in 2020.

Initial results from the North Jolly Lane target show potential for a large gold system, on the scale of the Sierra Blanca deposit, is beginning to be outlined. Broad zones of mineralisation found in recent drilling, coupled with previous results, mean that the Jolly Lane system could contain 2km by 0.5km of rill defined mineralisation with good potential for a high-grade feeder zone as seen in the nearby Sierra Blanca/Yellowjacket system.

About Corvus Gold Inc.
Corvus Gold Inc. is a North American gold exploration and development company, focused on its near-term gold-silver mining project at the North Bullfrog and Mother Lode Districts in Nevada. Corvus is committed to building shareholder value through new discoveries and the expansion of its projects to maximize share price leverage in an advancing gold and silver market.