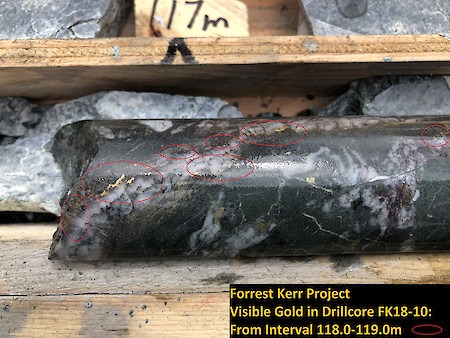 In this edition of the Ellis Martin report, Ellis talks with James Pettit of Aben Resources plans for 2019, with a particular focus on their two gold projects, one in the Yukon and one in the middle of the Golden Triangle of British Columbia.

Listen to the full interview below:

Aben Resources is a Vancouver-based Canadian gold exploration company with projects in British Columbia’s Golden Triangle, Saskatchewan and the Yukon. You can find out more about them on their website, and follow them on Twitter @Aben_ABN

Fresh from PDAC, Ellis and James discuss positive signs around gold from those four days in Toronto, with the excitement level around gold being bigger than either of them had expected – a great sign for the rest of 2019.

Aben had a promising drill programme through 2011-2012 exploring the intrusion-related gold system they have at that location. It’s a lower grade, but a high tonnage deposit and they thought that had great potential at the time. But then everything died off in the Yukon, and the markets took a tumble. But activity is now returning to this project, Ellis and James move on to discuss why they still see potential here, with improved infrastructure projects helping to bring the effective cost of production down.

When the Yukon took a downturn, Aben then moved onto their project in the Golden Triangle three years ago, an area traditionally associated with much higher-grade deposits. After two years  work they’re off to a good start – you can find out more about this on Aben’s website.

James mentions particular areas of mineralization they want to take a closer look at this year and discusses the aeromagnetic survey they are starting the 2019 season with so they can get a better idea of the structures present before the drilling starts.

So that’s two active areas of exploration for Aben in 2019, we can look forward to more news coming from them throughout 2019. We can’t wait.

Canadian Ambassador to China to be Rio Tinto’s Next Chairman

Xplore Resources to Acquire 51% Interest in the Diamond Mountain Phosphate...