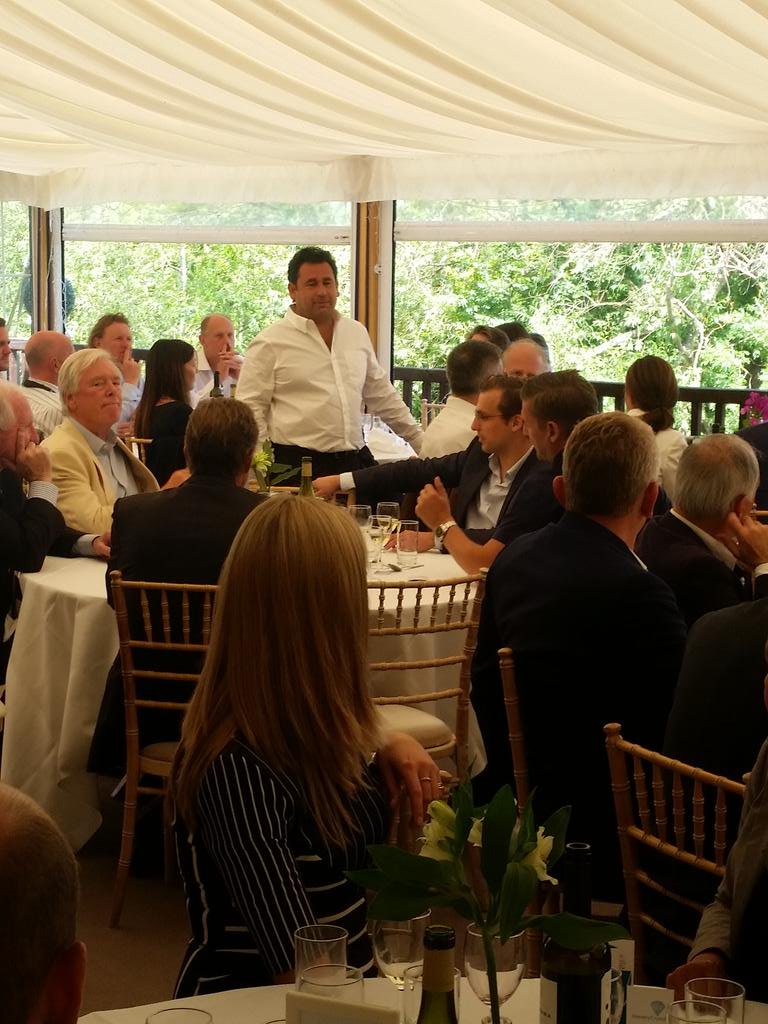 Last week, the Oxford Mining Club hosted their largest event of the year, the Winter Drinks Reception at the prestigious Lansdowne Club in Mayfair, London, coinciding with the Mines and Money event in Islington.

The event was yet another great success for the Oxford Mining Club, bringing together senior mining executives, institutional investors, wealth managers and industry specialists within a distinctive club atmosphere in which they can discuss their various interests in the industry in a relaxed and convivial environment.

Many thanks are due to SRK Consulting as lead sponsor for the Oxford Mining Club in 2018 and also to Stratum International, RFC Ambrian and Capital Drilling for co-sponsoring this enjoyable evening.

What we learned: the origins of the Oxford Mining Club are interesting.

“In 2009 I joined mining brokerage Ocean Equities without knowing much about mining… other than I enjoyed the buccaneering, entrepreneurial spirit of those mining people I’d met.  Having made some new friends at the Mining Indaba that year, I noted that by some nexus of fate, most of them either lived or worked near Oxford.

As they happened to be a good mix of mining investors and capital-hungry entrepreneurs, I organised a curry lunch in 2010 for eight guests on an autumnal Friday in an Oxfordshire pub.  It was a very cheerful business lunch, well away from the constraints of the City and well on the way to my destination for the weekend.

Maybe some productive business got done; that I do not recall.  But certainly the lunch was a success and an immediate plan was hatched with Steve Poulton and Matt Grainger from Altus Strategies to form the Oxford Mining Club and make it a regular booking.

So a few months later, we organised a similar event but by now the word was out and the group had swelled by 50% and Greg Owen, also from Altus Strategies joined the team as the Club started to take shape.  This pattern continued, going to different pubs and hotels around Oxfordshire with each session getting larger.

We quickly hit 100 members and so we started hosting other lunches, dinners and drinks parties in Cape Town, Oxford and London, including the Winter Drinks Party in town for 350 guests and the Summer Lunch for 100 members, held in a marquee by the Cherwell Boathouse in Oxford both of which are now regular events in our calendar along with our Spring Dinner at the Carlton Club, in St James’s.

Now, to summarise, we have some wonderful sponsors, four main Club events per year, and a die-hard membership.  And we’re always bringing along new ideas too, for example the splendid lunch last summer on a riverboat during Henley Royal Regatta, an event we are very keen to repeat.”

Why has it worked?

“Well, we had a simple ethos: that most mining professionals were interesting, clubbable people.  There was clear determination in us as hosts that it would feel like a proper club, more than just another networking function.  Guests are invited personally.

Everyone is welcomed and introduced to those members or guests they don’t know.  We don’t wear name badges.  We don’t hand over promotional presentations. And as organisers, we’re not trying to intermediate in any deals so we are never working some other agenda.  So people enjoy the events on their own terms…  and that ensures they always want to come to the next one!

The best compliment we have is that a significant number of our members build their travel schedules around our Club meetings, not least because a significant proportion are based overseas.

As part of the expansion, the Club now has two event coordinators on board, Aymone Schendel and Lia Abady.

The Club founders all remain actively involved, providing general guidance, hosting and the corporate  infrastructure. Based on the feedback from the recent Winter Drinks Party, the future for the Oxford Mining Club looks incredibly bright, with continued support and steady growth each year increasing recognition and demand for a forum built on such simple and sound principals.

Writen by Calvin Heyre. Calvin Hayre is an MSc graduate from the Camborne School of Mines in the UK who completed his thesis in South Africa at the Elandsfontein phosphate project. Contact via LinkedIn for more information.

Project of the week: The Phosphate mine needed to cope with population growth

Project of the week: The Phosphate mine needed to cope with...

What lies ahead – trade wars, rate cuts, and gold!