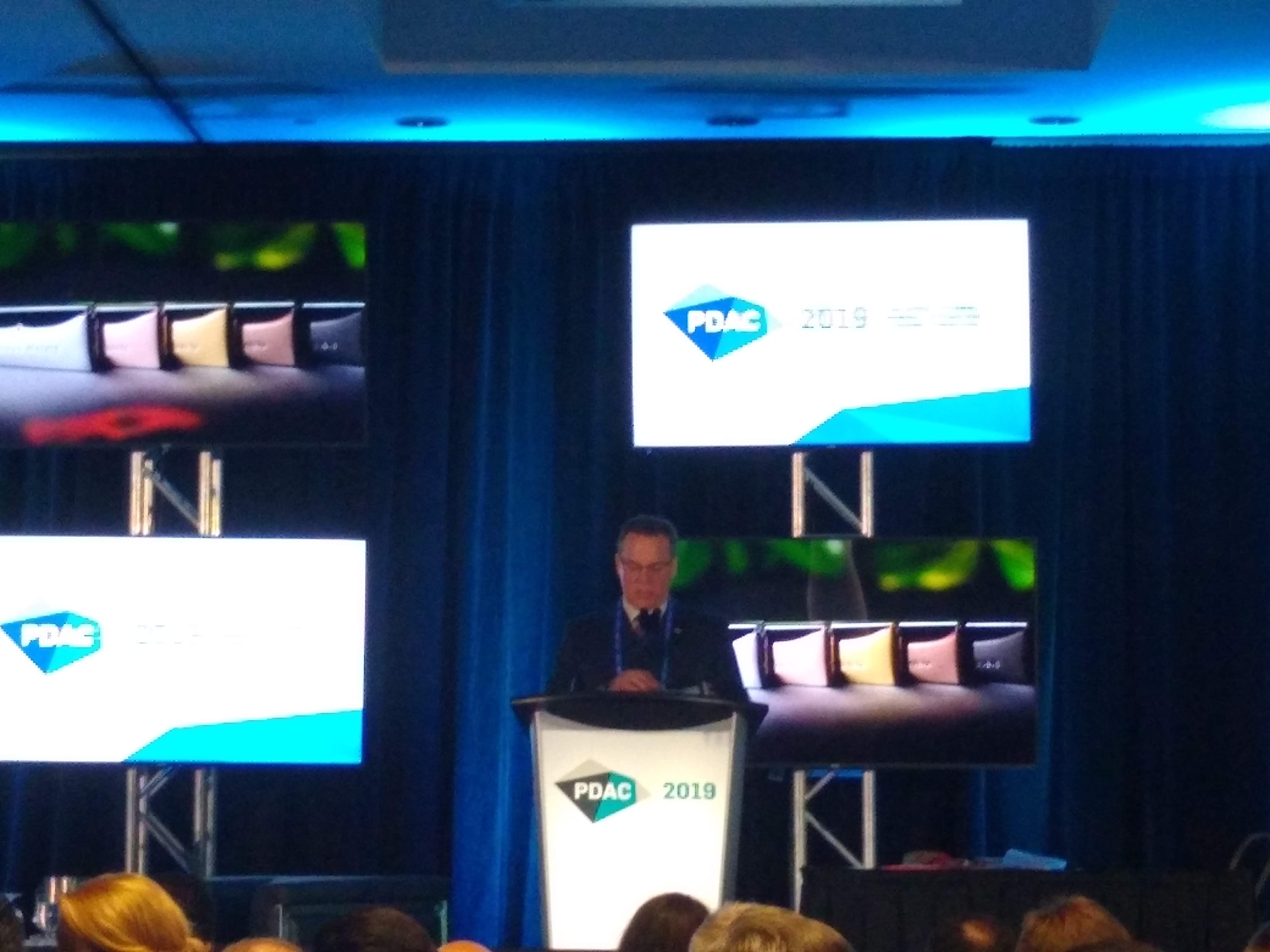 Now in its 87thyear, the Prospectors and Developers Convention (PDAC) got underway this morning in Toronto. The event was officially opened by PDAC President Glenn Mullan, with a speech from Amarjeet Sohi, The Canadian Minister of Natural Resources.

Bringing together a global crowd of mining investors, prospectors, mining companies, politicians and associated businesses. With 1000 exhibitors, 3500 investors and 25,000+ attendees, this kind of scale is hard to ignore.

The event comes at a critical time. PDAC’s recent report ‘State of Mineral Finance 2019: At the Crossroads’ showed that whilst exploration spending jumped by more than 30 per cent in Canada, the global funding for exploration has seen a 50 per cent year-on-year drop.

Minister Sohi spoke about the timing of the conference. “With mining poised to play a pivotal role in supplying the minerals and metals that will power the cleanest global economy.”

Playing to the home crowd, he continued: “To build electric vehicles we will need nickel from Saskatchewan, copper from Sudbury, cobalt from Long Harbour, aluminium from Labrador…”

The Minister also spoke about how mining companies themselves are changing to minimise their impact on the environment, citing examples of mines using wind power, or switching diesel vehicles to electric power.

As a key part of this move, the Minister spoke about the importance of the forthcoming Canadian Minerals and Metals Plan, to be formerly launched later on Sunday at PDAC, the first time in thirty years that Canada has reviewed its action plan for mining: “This plan is a generational opportunity to build the mining industry of the future. It will address the key challenges and opportunities facing the minerals and metals industry. To be successful, mining must be responsible and sustainable.”