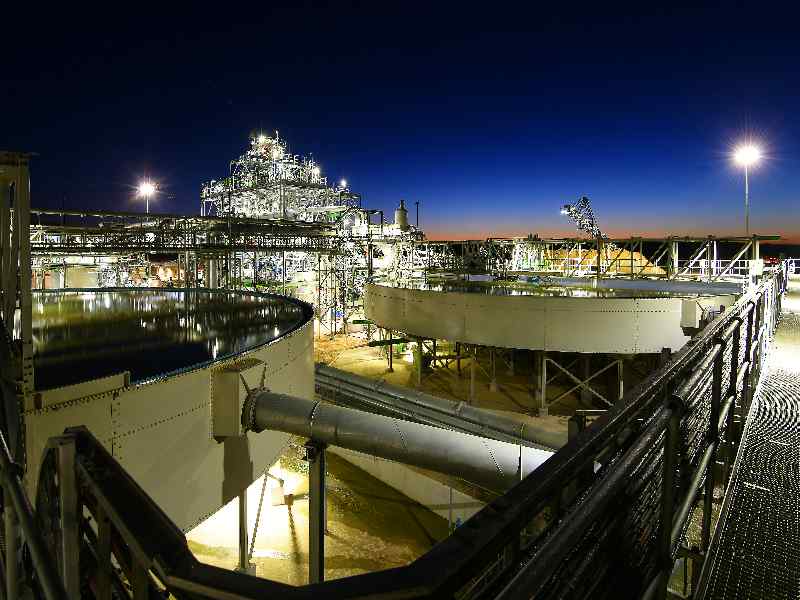 Phosphate has a growing importance on the world’s food market. As the world’s population continues to exponentially increase, the need for phosphate as a raw material will become vital. It is the primary source for fertiliser production, which is needed to keep soils arable to grow crops.

Phosphate is mined from a variety of igneous carbonatites and sedimentary marine deposits. South Africa is where a new sedimentary source of phosphate is currently being developed and where this study took place.

This new source of phosphate will come from the Elandsfontein Phosphate mine, Western Cape, South Africa.  The mine is located on the West Coast of South Africa, 16km due east of the coastal town of Langebaan.

The mine is currently being operated by Kropz, a South African mining company. Kropz is an explorer, mine developer and miner of fertilizer feed minerals, striving to develop a vertically integrated fertilizer manufacturing capability producing a progressive range of plant nutrients for the sub-Saharan African agricultural industry. Their mission is to set a new standard in the green mining of fertilizer feed minerals and to develop a world class plant nutrient fertilizer production and distribution capacity that will meaningfully contribute towards feeding sub-Saharan Africa for generations.

Kropz have already invested $120 million into the project. Figure 1 below shows the current layout of the mine. The mine site is well established with a mining box-cut made and infrastructure for the mine already in place. The metallurgical processing plant is 95% complete and has a capacity to deliver 1.35 Mt phosphate rock concentrate to market per year. Logistically Elandsfontein is located perfectly, it is on national freight routes where delivery of the resource will be taken to Saldanha deep water port (50 km from Elandsfontein), where the phosphate is to be distributed to African and European markets.

The mine has the potential for two open pit operations, known as the Basin pit and Terrace pit. The terrace pit is adjacent and at a 10m higher elevation than the basin pit (Figure 2). Basin pit is larger and possesses far higher-grade phosphate than the terrace pit. Table 1 shows the comparison of resources and reserves of both pits. Kropz has estimated that when the mine comes into production, in late 2019, around one million tonnes of P2O5 at a concentration of 32% will be produced per annum.

Phosphate at Elandsfontein is in the form of either competent phosphorite as the mineral apatite or from a biogenic input, phosphatised shell fragments. The major minerlaised zone of phosphate is split into Unit F1 and F2 at Elandsfontein. The F1 horizon average grade is P2O5 between 5-10%. Whereas the F2 horizon average grade is far higher between 15-25% P2O5. The cut-off grade of the phosphate is at 5% and highest concentrations of ore up to 25%. The metallurgical plant blends the low and high-grade ore to a concentrate above 32% P2O5 (EEM, 2015).

Elandsfontein is the cleanest phosphate project in South Africa, with very pure apatite. Cadmium levels are at 5 ppm and uranium levels at 13 ppm. It is therefore likely that other elements such as REEs are also low at Elandsfontein.

Kropz are planing an IPO on the AIM in London before the end of 2018.

Certainly worth keeping your eyes out for more news!

Calvin Hayre is an MSc graduate from the Camborne School of Mines in the UK who completed his thesis in South Africa at the Elandsfontein project. Contact via LinkedIn for more information.

Michael Curlook from MAG Silver joins us at SELECT London 2018