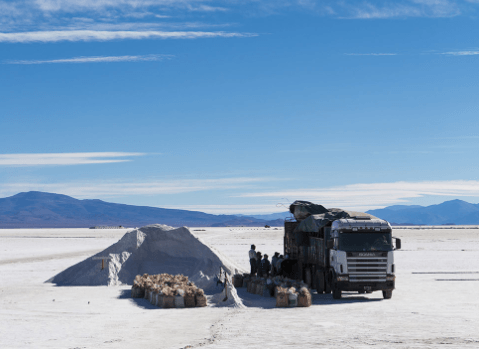 Follow all of our ASX coverage HERE, and Michaela’s regular articles HERE

Yandal Resources Limited (ASX:YRL) is offering 25 million shares at $0.20 AUD each, in hopes of raising $5 million AUD before the estimated close date of the 3rd of Decemeber 2018.  The company controls four geographically large gold prospects in Western Australia. Its Ironstone Well, Barwidgee and Mt McClure projects are all located in the Yandal greenstone belt, where intensive exploration did not begin until the 1980s, while the Gordons Project lies in the more heavily explored Kalgoorlie terrane of the Norseman to Wiluna greenstone belt.

YRL considers that all of these projects have experienced insufficient drilling during previous exploration efforts, or that past drilling was too shallow to intersect likely mineralisation.  The Ironstone Well Project contains both advanced and early stage targets, while the contiguous Barwidgee Project contains historical gold-producing workings.

The Mt McClure Project hosts five historical open pit mines which were mined from 1992 and produced a total of around 100,000 oz, while the Gordons Project has been extensively explored in the past, though all prospects remain at an early stage.  Should the company’s IPO be successful, most of the capital raised will be diverted to the Ironstone Well and Mt McClure Projects.

Torque Metals Limited (ASX:TOR) is hoping to raise $7 million AUD at a price of $0.20 AUD per share  before the expected close date of its offer on the 30th of November 2018. It controls two gold assets, the first of which is the very early-stage Catherine gold prospect, located near the Cornishman and Axehandle deposits. However, the main show is the Bullfinch Project in the Yilgarn Goldfields of Western Australia, which is 100% owned by Talga Resources Limited and which TOR has an exclusive option to acquire.

The tenements lie immediately east of the 1.5 million ounce Copperhead gold mine, and contain over 200 early to advanced gold prospects with grades up to 35 g/t Au, 107 g/t Te and 0.2% Bi.  This site is also adjacent to the Radio gold mine, which produced 70,000 ounces at around 36.5 g/t.  The tenements encompass much of the Ghooli Dome structure, which new data reveals has a relationship with gold mineralisation. There is abundant historical activity in the area, with over 15 million ounces of gold having been produced within 100km of the project, and many historical workings on the project itself.

Centaur Resources Limited (ASX:CR3) is expected to list soon, after closing its IPO on the 25th of October.  It offered an unusually high number of shares at $0.20 AUD each, for a total of $15 million AUD under the maximum subscription.

CR3 controls just one project: the Lobo Blanco Project in the Salar de Pastos Grandes Basin in Argentina.  This salar (salt flat) is highly prospective for lithium brines, and CR3 will be targeting the growth in demand for lithium that has resulted from the rechargeable battery boom.  Profits could also be assisted by the fact that brines are lower-cost sources of lithium than the hard rock alternatives.

Virtually no exploration has been carried out on Lobo Blanco, but work on the adjacent Pastos Grandes Project (Millenial Lithium) revealed high lithium concentrations in brines below 590m, while LSC Lithium Corporation, which also owns an adjoining property, found similar grades above 400m depth.  Both exploration projects indicated a good extent of enriched brines. CR3 plans to direct funds raised from the IPO towards initial geophysical surveying to identify drill sites, followed quickly by execution of drilling.

XS Resources Ltd. (ASX:XS1) has issued not one but two Supplementary Prospectuses since the release of its initial Prospectus on the 10th of September. XS1 is offering 22.5 million shares at $0.20 AUD each, and hoping to raise $4.5 million AUD to spend on exploration at its Halls Peak Project in New South Wales and its Spanish River Project in Ontario.

The Halls Peak Project covers around 84km2, lying around 40km from the regional town of Armidale.  Exploration there will focus on on potential Volcanic Massive Sulphide (VMS) deposits which have previously been exploited for base metals in the region (Zn-Pb with lesser Cu and Ag), primarily at the Gibsons Open Cut (closed 1966), as well as four other underground locations, all of which lie on one of the two licenses held by XS1.

There are historical reports of silver grades of hundreds of g/t in the region.  XS1’s other project, Spanish River, is located around 60km from the mining centre of Sudbury. It is also considered a VMS type deposit, and it falls on the boundary between two units that have hosted historic copper, nickel and uranium mines. Historically, a decline was sunk on the project in 1968 and mined for two years.  Both of XS1’s exploration projects must be considered early-stage.  The offer is expected to close on the 6th of November 2018.

Norwest Minerals Limited (ASX:NWM) extended the period of their IPO after receiving applications in excess of their $6.6 million AUD goal, in order to broaden the base of retail investors.  NWM is a subsidiary of Australian Mines (ASX:AUZ) created to manage the company’s gold and base metal projects in Western Australia so that AUZ could focus on its battery metals assets in Queensland and New South Wales.

NWM’s flagship project is Arunta West, which is the first ever allowed to drill at the North Dovers target, a large magnetic anomaly discovered by BHP in 1999.  It is hoped that this will unveil an iron oxide copper gold (IOCG) deposit, and the Western Australian government has invested $200,000 AUD towards maiden drilling costs. The company’s Bali Project is also considered promising, at least in part due to the presence of visual copper at the surface in the area, and NWM will be looking for copper, lead, zinc and silver in the Bali Shear Zone at the boundary between the Yilgarn and Pilbara cratons.

The company also holds the Warriedar gold project, which encompasses the previously operational Reid’s Ridge mine, the Marriotts Nickel Project, which is in stasis, and the Marymia Copper Gold Project, a potential VMS-style deposit which is being explored under a joint venture with Riedel Resources (ASX:RIE).

Golden State Mining Limited (Proposed ASX:GSM) closed its offer on the 28th of September and has missed its indicated quotation date of 12th October.  It controls three gold projects through its two subsidiaries: the flagship Cue Project, the Yule Project, which may also be prospective for tantalum and lithium, and the Four Mile Project.  All three lie in Western Australia.

Cowan Lithium Limited (Proposed ASX:COW) also missed its expected quotation date of the 8th of October, after closing its offer on the 27th of September. COW controls the Cowan project, a lithium-caesium-tantalum prospect adjacent to Tawana’s Bald Hill lithium and tantalum mine, the Yallari Project, which is located 75km from Cowan, and, incongruously, an option in the Mofe Creek iron ore prospect in Liberia (Previously held by Tawana Resources)

Another offer that closed in September was that of Caprice Resources Ltd (ASX:CRS), which has shown no activity since the close date on the 21st of that month.  Caprice had acquired two projects earlier this year, both in Australia: the Wild Horse Hill Project in the Northern Territory, considered prospective for gold, and the Northampton Project in Western Australia, considered prospective for lead, zinc and copper.

That’s it for this review, stay tuned for more from the ASX and check out the latest MiningIR podcast featuring Chris Taylor from TSXV: GBR HERE.

Original content – written for MiningIR by Michaela Flanigan, an experienced geologist based between projects in Germany and Australia