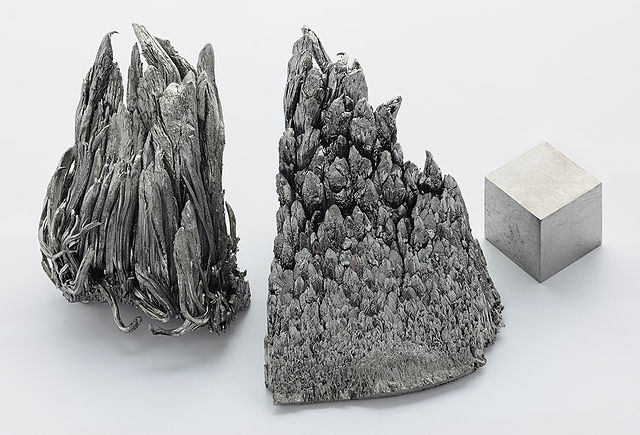 Multiple news sources report that China is threatening to “weaponize” its dominance of rare earth elements (REE) supply. These elements—particularly dysprosium and neodymium—are vital to many high-tech applications.

The threat is potent, given that China has about 90% of the world’s REEs.

Reuters and Yahoo Finance both quote the Chinese as saying, “Don’t say we didn’t warn you.” That’s a phrase China has used before acts of physical war.

Would China really choke off supply, harming the profits of their own state-run REE mining companies?

So, is it time to speculate?

Well, first, remember that nine years ago, China’s action was to restrict exports of unprocessed REEs. The object was to force technology transfer. REE refiners built plants in China to get around the export restrictions. Once the Chinese learned how it was done, they eased restrictions, and prices plummeted.

That bankrupted companies that tried to build lower-grade mines, or mines that were more expensive to operate in the West, during the price spike. But this time, the price spike could be much shorter. China would likely reverse whatever action it takes on REEs as soon as a new trade deal is negotiated. Such a reversal would likely be part of the deal. This could happen in much less time than it takes to build refineries in China.

Plus, it may not happen at all. China’s saber-rattling is serious. I have no doubt that they would follow through. But it’s also possible that the tough posturing on both sides will result in a trade deal faster than many now fear.

More centrally to my method of speculation, a day’s news reports are not a trend.

The way I speculate is to look for a solid trend and bet on its consequences going forward. Betting on sensational headlines in advance of any actions actually taken is just gambling.

That said, I would be remiss if I didn’t mention that REE stocks have been in the doghouse so long, there could be an opportunity here. I could make a lot of money buying a few REE penny stocks and hoping the Chinese create a new price spike. If they do, these gambles could be 10-baggers. If the Chinese don’t follow through, I could just sell, perhaps at a modest loss, and move on. Or perhaps not: one example I checked is up a good 80% in the last few days.

This opportunity does not meet my criteria. There is risk. And I have no way to assess the odds.

I will not be gambling on REEs at this time.

If the threat materializes into a trend I can speculate on rationally, that would be different. But watch this space.

Novel high grade gold: Its not all rocks anymore