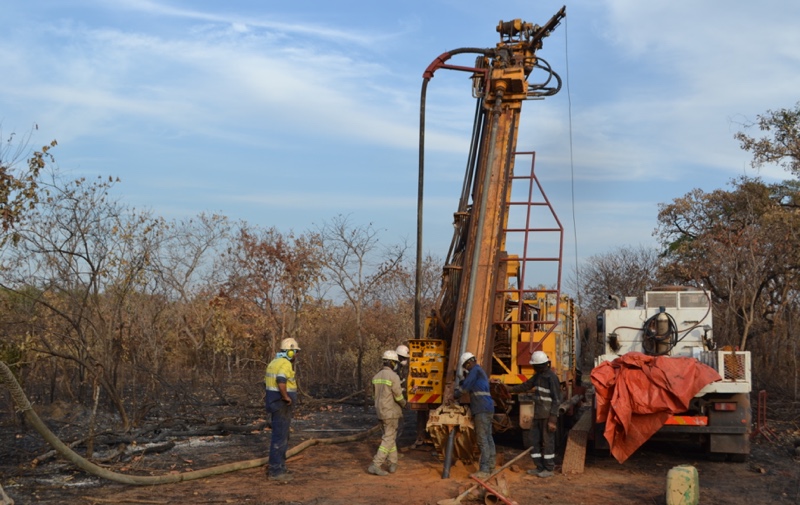 West African focussed explorer Cora Gold has announced positive results from their 771m aircore and reverse circulation drill programme, confirming continuity of gold oxide mineralisation at Zone B North, a direct extension of the 1,500 metre long Zone B prospect, one of the three main prospects that are currently known that lie on the 14 km long Sanankoro Gold Discovery, Southern Mali.

With intercepts including 21m@3.13g/t, 24m@1.8g/t and 22m@1.48g/t, this is positive news when considering the potential for the gold zone at Zone B North extends for at least an additional 2,500 metres as suggested by surface exploration indicators.

Commenting on future exploration potential provided by these results, Jonathan Foster, CEO of Cora Gold said that that the company is strongly encouraged regarding the extent of the gold mineralisation at Sanankoro.

“Factoring in the along strike mineralisation at the Zone A and Selin prospects, then the scale of the gold structure at Sanankoro is substantial. With the depth of oxides typically ranging from 50-100 metres, the potential for near surface exploitation is high. With the wet season coming to an end, our exploration teams will remobilise to site as soon as is practical and I look forward to updating shareholders with details of upcoming work programmes in due course.”

Zone B North, which is seemingly the direct extension of the identified gold zone at Zone B, has been shown to extend for c. 1,000m in its own right. Zone B North is separated from Zone B by a c. 600m gap across an alluvial plain.

Drill results confirm that there is good continuity of the gold mineralisation, typically seen in two parallel structures set about 5-10m apart. The sub vertical zones appear to pinch and swell with apparent widths of each ranging from about 3 -20 metres.

The Zone B North gold structure has been drill defined over c 1,000m and is open to the north. The combination of surface indicators of gold mineralisation including additional artisanal mine sites, correlate with geophysics to suggest that the exploration potential for the zone extends for at least an additional 2,500m.

The 10 hole drill programme at Zone B North was completed on drill fences typically 80-120 metres apart over 1,060 metres of strike length. The area has historically been worked along its length by artisanal mining using traditional surface pitting /shafts, although in one area of about 300m length and 20m width, it has been exploited by excavator. Depth of exploitation by artisanal miners is believed to be restricted with the southern end of the structure running into alluvial plains and the water table being close to surface.

The drill programme tested the gold zone to a maximum depth of about 70 metres with the depth of oxidation generally between 50-70 metres and being at its most shallow proximal to the alluvial plain. The host lithology for gold mineralisation is primarily sandstones and volcanic tuffs, with siltstones and carbonaceous phyllites locally observed. The gold mineralised zone, constrained by a regional shear, clearly follows the boundary of a geophysical resistivity anomaly derived from the ground induced polarisation (“IP”) geophysical survey.

Cora Gold is a gold exploration company focused on two world class gold regions in Mali and Senegal in West Africa. Historical exploration has resulted in the highly prospective Sanankoro Gold Discovery, in addition to multiple, high potential, drill ready gold targets within its broader portfolio. Cora Gold’s primary focus is on further developing Sanankoro in the Yanfolila Gold Belt (South Mali) which Cora Gold believes has the potential for a standalone mine development. Cora Gold’s highly experienced and successful management team has a proven track record in making multi-million ounce gold discoveries which have been developed into operating mines.

Find out more at http://www.coragold.com/

Michael Curlook from MAG Silver joins us at SELECT London 2018