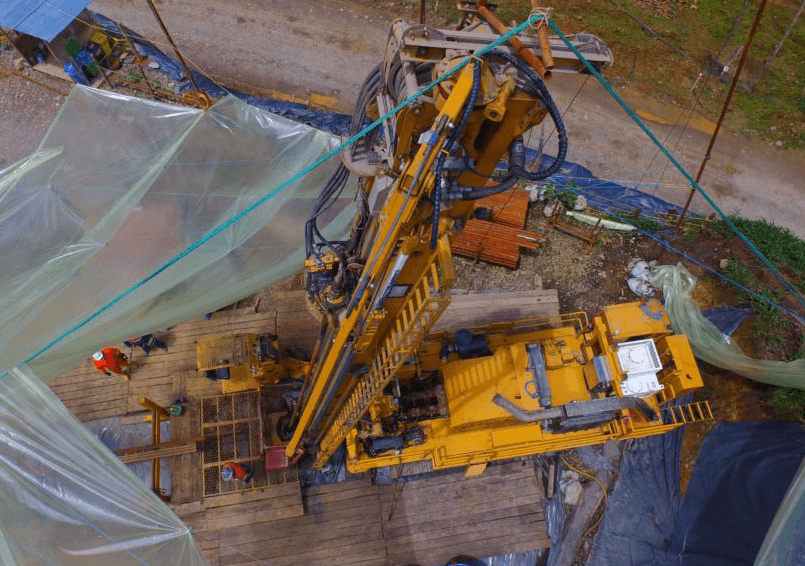 In April, SolGold published results revealing previously unknown mineralization within their Alpala resource, which is part of the Cascabel project. SolGold reported a drill intersection of 1,918m at 0.41 % Cu and 0.19g/t Au with 288 meters of intersection lying outside the existing inferred resource area.

SolGold has additionally released promising geochemical results in the last few days from both their Chical and Porvenir projects.

These results place Cascabel as one of the biggest copper-gold porphyry discoveries made in recent years, piquing interest from major miners and highlighting Ecuador’s potential for containing tier 1 mineral deposits.

Ecuador has historically struggled to attract mining investment mainly due to an unattractive mining legislation that was aligned with the country’s oil and gas industry.

This included a sovereign adjustment law guaranteeing the government at least 50% of the benefits from mining projects, and a windfall tax of 70% on excess profits from the difference between the sale price and baseline pricing.

In 2009, president Rafael Correa presented a new mining law with the aim of diversifying from the country’s reliance on oil exports. However, the 2009 taxation regime dissuaded investments, and in 2013 the Ecuadorian government hired consultants Wood Mackenzie to assist in revising their mining legislation.

Based on recommendations by Wood Mackenzie, the OPEC nation separated mining from the oil and gas ministry and created the standalone mining ministry in 2015. It also adjusted the way in which it calculated sovereign adjustment to only kick in until a company has made a full recovery on investment.

In 2019, further reforms were made by president Lenin Moreno who abolished the windfall tax and implemented the Productive Development Law aiming to provide greater fiscal stability and reduce the tax burden on miners.

SolGold took advantage of the early legal adjustments by entering Ecuador in 2012 when it joint-ventured with Cornerstone Capital Resources for the Alpala project.

Before 2016, SolGold was a little-known junior with no press coverage until Newcrest Mining invested US$23 million that year. The Cascable project also gained the interest of BHP, the world’s number one miner, who now owns 11 % of SolGold, compared to Newcrest’s 15%.

According to Santiago Vaca, chief geologist at SolGold, the company has 11 different prospects ready to be drilled. At the sidelines of the World Copper Conference in Santiago in April, Vaca stated that while SolGold is always looking for investment, SolGold is “fully funded for the next two years”.

Their budget for 2019 and 2020 is circa US$154m, with US$78m for the Alpala project (including feasibility studies), US$30m for land acquisitions, and US$40m for regional projects.

SolGold’s aggressive expansion in Ecuador has paid off with a recent press release highlighting “exciting new porphyry Cu-Au mineralization” at its Porvenir Project in southern Ecuador. According to SolGold CEO, Nick Mather, “The latest progress at Porvenir is indicative of the effort SolGold puts into its first mover advantage secured in 2014 across Ecuador.”

“SolGold has identified and secured the best of an entire copper-gold province, the size and metallurgy of northern Chile. That’s a unique approach that can’t be replicated,” said Mather.

In 2014, mining and quarrying activities amounted to less than 1% of Ecuador’s GDP. It now accounts for 1.55% with the government working on increasing this to 4% by attracting US$3.7 billion in mining investments by 2021. This will be no easy task, as the country tries to attract mining investment by reforming its regulatory framework, while also considering environmental and community concerns.

Last year, indigenous groups won two court cases against the government for not being properly consulted concerning the allocation of land for mineral exploration in their territories – a right that is protected by the constitution. One of these cases led to the retraction of 52 concessions by the government.

Due to community pressure, the cadaster is currently closed as the government aims to adjust its mining legislation relating to the awarding of concessions. Under the expected revised law, concessions will be granted via a system of bid rounds to streamline procedures and limit the potential for corruption; a move that is expected to also increase the countries competitiveness with Columbia, Peru and Chile.

SolGold’s press office commented they have not had any difficulties with obtaining exploration licenses, other than seeing “increased competition through much higher value bids, from major mining companies in the past two years who have woken up to Ecuador’s potential following the discovery at Cascabel.” The company believes that revisions of the mining law will be positive for SolGold, “as the country continues to encourage investment from mining companies”.

While mining in Ecuador continues to present risks due to a relatively new and continually adapting mining legislation, along with potential community issues, it arguably contains the most underexplored part of the Andes – a mountain chain which contains world class deposits in Peru and Chile.

For SolGold and other juniors, Ecuador’s mining potential far outweighs the potential risks. Many of the majors however, still appear hesitant, preferring rather to invest in the juniors while Ecuador develops a reputation as a stable mining jurisdiction.

Written for MiningIR by Luke Viljoen