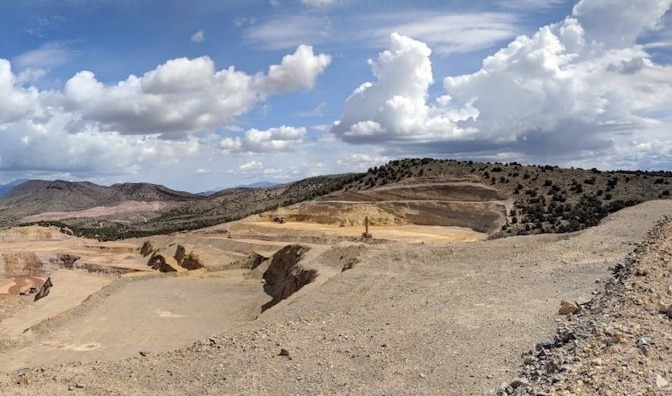 Fiore Gold, the Vancouver based explorer and producer, has announced their board has given the go-ahead for a $2 million program of resource expansion drilling and related metallurgical test work at their Gold Rock Carlin-style gold deposit project in Nevada. Fiore stated that the work is in support of a Preliminary Economic Assessment (PEA) due by the end of the year.

Gold Rock, located 8 miles (13 km) southeast of Fiore’s Pan Mine is one of the only federally-permitted development projects in Nevada. It received its Record of Decision in late 2018 from the United States Bureau of Land Management for the construction of a mine, process facilities and other infrastructure.

Fiore’s technical team has prepared a detailed development plan for Gold Rock that lays out the drilling, metallurgical testing, engineering, state permitting, and other activities required to advance the project towards production.

Key elements of the plan for the year are:

10,000m of core and reverse circulation drilling to expand the existing resource, upgrade Inferred resources to Measured and Indicated, and collect samples for orebody characterization and metallurgical testing.

Tim Warman, the CEO of Fiore Gold, commented on the plan: “We’re especially pleased that we’re able to fund the work internally thanks to the strong performance of our nearby Pan Mine. With the federal permits for mining and processing issued last year, the timeframe for development of Gold Rock is largely in our hands.”

Looking at how the Gold Rock project could make the most of Fiore’s existing capital investment in the area, Warman commented:

“While we envision Gold Rock as a stand-alone mine, we are exploring opportunities to utilize the considerable infrastructure already in place at Pan including the existing carbon handling and refinery facilities as well as the power line, which passes less than eight miles (13 km) from Gold Rock.”

The Gold Rock deposit is a Carlin-style, sedimentary rock-hosted, disseminated gold deposit within Mississippian limestone and siltstone units, namely the Joana Formation Limestone and the overlying Chainman Formation Shale, located along an eastern spur of the Pancake Range. The primary host is the Joana Limestone, but significant mineralization is also hosted in the overlying Chainman Shale with minor mineralization in the Pilot Shale. The currently identified resource occupies a N12E to N15E trend that extends from 300 m north of the Easy Junior pit to the lower reaches of Meridian Ridge to the south, a strike length of over 3.1 km. Altered bedrock and surface gold anomalies extend well beyond the mineralization envelope defined by drilling to the north and the south, extending nearly the entire 12.9 km length of the property.

Fiore Gold Ltd. is a new Americas-focused gold producer and explorer with the producing Pan Mine in Nevada as well as a suite of exploration projects in Nevada, Washington and Chile. Fiore’s goal is to build a new mid-tier mining company in the world’s best mining jurisdictions, with an initial goal of becoming a 150,000-ounce/year gold producer. Cash flow from production will provide non-dilutive funding for exploration, both on Fiore’s projects in Chile as well as the >200 km2 land package along Nevada’s Battle-Mountain – Eureka trend.