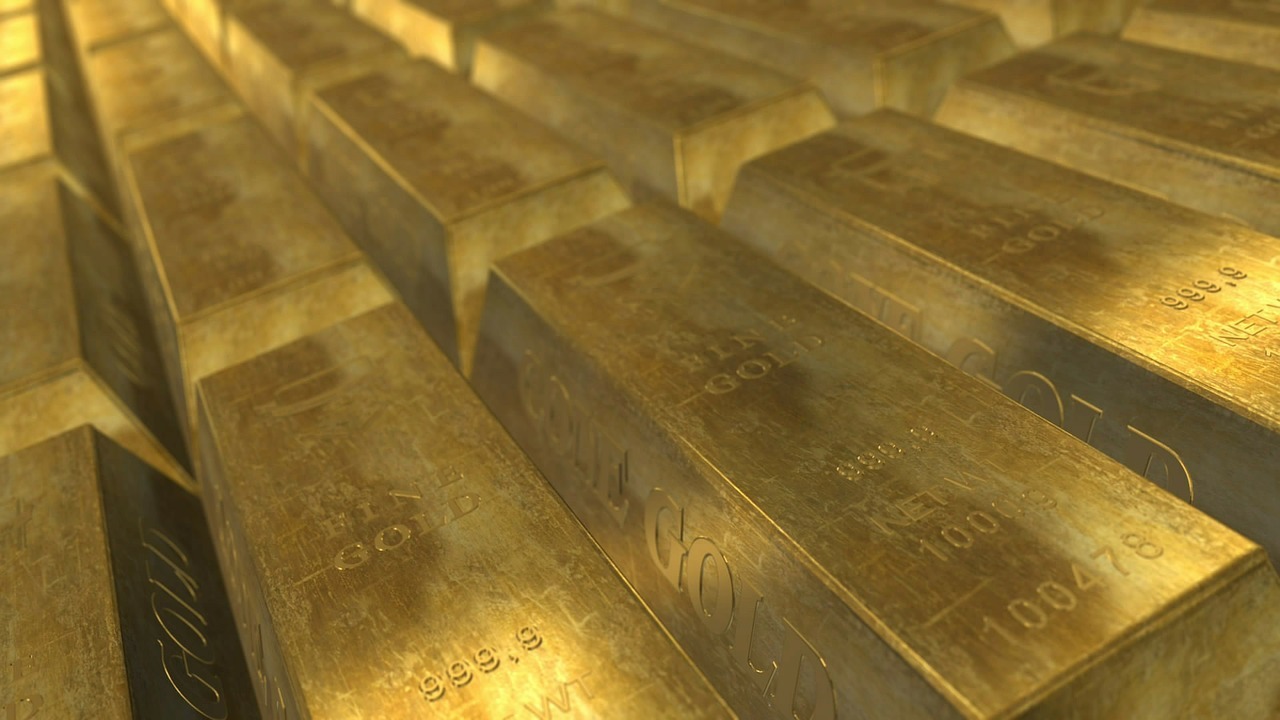 Gold has been grabbing headlines over the last month, and for good reason.

That’s a nice chart, especially compared to the broad markets over the same time frame.

Gold is up about 10% from the lows printed in August. It has broken up through several technical levels. The next barrier is psychological: to get past $1300.

The yellow metal is garnering attention for four reasons. One: people are increasingly concerned about growth, about whether this economic expansion still has legs. Two: the stock market tanked in late 2018 so investors are worried the epic bull market is ending. Three: the US dollar is staying sideways, rather than continuing to climb. And four: real rates remain very low and have stopped rising.

In short, gold is settling nicely into its classic role as a safe haven.

These are big picture forces, which is why a broad base of investors are now turning towards gold.

And this setup is likely to remain in place for the next while because none of those four forces are likely to change soon.

It’s unlikely investors are going to get more confident about growth in the near term. China is the single biggest contributor to global growth and its most recent PMI, which measures manufacturing strength, fell below 50, its second-lowest print in six years and down three points from its 2018 high. Beijing is implementing lots of support, but it takes time for things like infrastructure programs and easier access to credit to impact economic data.

In the US, data is likely to be soft as trade tariffs start to bite. Data is especially important when investors are uncertain, so soft data will matter.

As for stock market weakness – things remain on uncertain ground. Consider that from the January peak to late December’s trough markets lost $20 trillion in global equity value. That matters. I don’t know whether this bull market has one last hurrah or will slide from here but I do know that the days of throwing a dart at the S&P, buying something, and watching it rise are over. And that means investors are seeking safety.

The US dollar isn’t likely to fall much, given that the Euro is under pressure from weak economic data and Brexit concerns, but it also isn’t likely to gain much now that the market is doubtful there will be much in the way of further rate hikes.
And that brings us to the fourth point: rates, which is a situation that has changed significantly in a short period. Last year the Federal Reserve raised rates four times, following through fully on its rate hike plans for the first time this cycle, and in response the US dollar and real rates both gained, to gold’s detriment.

A few months ago, there was little reason to believe 2019 would be any different. But things have changed. Now, instead of 4 hikes, Powell is counseling 3 but also says he will respond to stock market weakness…and in response the market is expecting that rate hikes are basically over.

That change is really important for gold. Rate hikes have kept real rates rising. If hikes end, real rates (which are already low) will decline – and that is the most powerful fuel gold can get.

All these fundamental forces are aligning as gold enters one of its strong seasons. Gold and gold equities generally do well in the first two months of the year. This year, with these four forces adding to the push, I’m expecting gold to shine in the near term.

Looking past March is harder. The medium term outlook for gold depends primarily on what happens with the US-China trade war…but that’s a topic for another article! The takehome here is that seasonal and macroeconomic forces are both boosting gold, in a setup that should last through the first two months of the year.

Universal Copper appoints Wesley Hanson to its Board of Directors

Are we facing a shortage of battery metals?