A long time ago, in a space mine far, far away…

When people think space mining, they picture a futuristic world where space elevators and anti-gravity machines dominate our daily lives, they also picture it occurring in the far future. Robert Mueller Senior Technologies, Exploration Research and Technologies Programs NASA, has touched-down at Mines and Money London to say that this is happening now. Stood in front of a large group of miners he asked if we know anything about mineral extraction anonymously in remote and inhospitable regions, we replied, ‘Yes, of course, we’re miners!’

The next 30 mins was a presentation on exactly how close we are to achieving a space economy. It is a chicken and egg situation. There can be no economy without industry and there is no industry without the economy. So NASA and other government agencies around the world are doing what it can to push the limit of technology solving one problem after another. With Space X providing much cheaper lifting capacity, the gearing ratio (1kg to Mars takes 226kg of fuel) problem which has plagued space exploration has been reduced. This huge step in the right direction brings us closer.

But what to mine and how to do it? We can’t lift concrete and steel I beam to the moon even with SpaceX’s rockets so NASA has developed In-Situ Resource Utilization (ISRU). Simply put, take as little as you can from earth, as every kg cost $4000, and use the natural resources in space to build everything else. Ilmenite is a mineral highly sought after as its titanium content makes up 15% of the moon surface. Thanks to 4.8 billion years of ageing the top 8-10m of the moon is already crushed. For space exploration therefore this mineral would be processed on the moon, and the titanium, iron and oxygen used to help build new habitats. This includes breathable air, drinkable water and strong structures. All this is achievable on not justthe moon, there are the vast resources of Mars and the asteroid belt which has been valued at $700 quintillion. With 16 of the top 500 richest people already heavily invested into space exploration, it’s a question why an industry used to long time scales, huge amounts of capital expenditure and extremely difficult operations in tough environments is not getting behind this new venture. The mining industry has all the tools, skills and experience needed to mine extra-terrestrial bodies, while NASA and other space agencies have the tools, skills and experience of space travel.

Robert ended his talk with this statement. We must work together to propel humanity into the stars and the start of the next industrial revolution. The conclusion? Miners and investors must boldly go where no one has gone before. 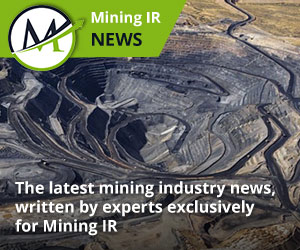 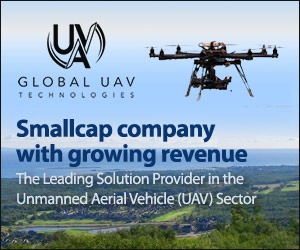