Finland is barging her way into the spotlight this year, with new gold, lithium, cobalt and copper projects coming to light, but her best kept secret is her diamonds. Geologically speaking, Finland is in prime diamond hunting territory, composed mostly of Archean and Proterozoic gneisses and greenstones in the Central Baltic Shield. Similar discoveries have come to light in the Russian regions of the Kola/Karelian and across Western and Southern Africa in similarly aged and structured geology.

Unfortunately, anybody who has ever been diamond hunting will know, applying logic like this to kimberlite occurrences is a pointless folly. Kimberlites are sourced from between 150-400km into the Earth’s Mantle from immiscible substances and normally erupt into their contemporaneous host rocks in relatively random distributions.

Arctic Star (known to most for their exploration in Nunavut and the North West Territories) think they’ve hit several of these rare pipes near Kuusamo in finland, 450km SW of the world class Grib Diamond Mine in Russia.

Arctic Star’s current focus is on the Timantti ‘Grey wolf’ kimberlite. Named by the country manager Roy Spencer Grey Wolf was found at surface with 1-2m of glacial till covering exposure, geophysical data suggests more intrusions exist nearby and drilling is set to commence this week. The company are testing around 150kg of material for its mineralogy and diamond potential and this is a truly exciting time to be involved at Arctic Star!

We caught up with President & CEO Scott Eldridge at this year’s PDAC convention in Toronto to talk about the company’s goals for 2018. Watch the video here and check out the company’s website HERE and we’ll be back with more detailed updates in the near future as part of our ‘Spotlight: Finland’ series. 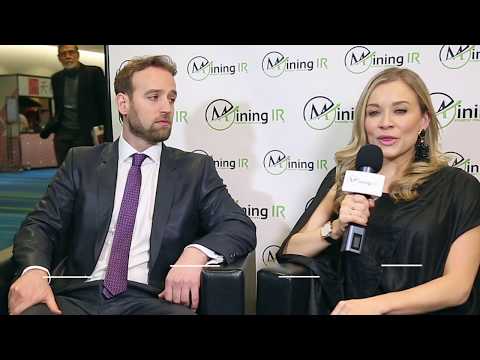 MiningIR host a variety of articles from a range of sources, our content, while interesting, should not be considered as formal financial advice. Always seek professional guidance and consult a range of sources before investing.
James Hyland, MiningIR
tags
Arctic Star, Diamond, Finland, Kimberlite, PDAC2018
Share