Pistol Bay are a base metal exploration company based out of Vancouver, Canada with several 100% optioned properties across the Confederation Lake greenstone belt in Ontario and a wholly owned blockchain tech subsidiary company who own ‘HashDrop’ services for mining and resource company management.

Due to the wide number of historic owners and operators on the contemporaneous licence blocks, the naming and numbering systems used at their properties can be quite confusing, with every partially mineralised zone apparently earning its own name rather than being part of a grouped system. Some claims comprise 200-240 different claim unit blocks. I can’t help but feel in such a complex cartographic environment, bog standard numbering and grid referencing might save us all some descriptive/marketing trouble!

Pistol Bay’s geological plan and targeting is clear when presented on a map of grouped lithologies however. The company are following southwest from the historically producing South Bay mine along the 22km strike length of a mineralised parallel metavolcanic formations, seeking similar economic grades of copper, zinc and gold. A classic and effective exploration strategy which often pays off.

Commonly, felsic (more acidic) and maffic (more basic) units show different affinities for base and precious metal mineralisation. In this example, gold is found in higher concentration across the south-eastern maffic units and base metals in the more intermediate north-western layered units.

Following the aggressive geophysical exploration program through 2017, the company has (this week) contracted further drilling at their Confederation Lake ‘Arrow Zone’ deposit. The fresh holes are intended to allow geochemical analysis of their inferred 43-101 resource. In 2017 the company announced an inferred 2.1mt at 5.78% zinc, 0.72% copper, 0.60 grams per tonne (g/t) gold and 19.5 g/t silver at the Arrow Zone. A promising set of figures, but further metallurgical work is required to move the project forwards and keep the project active.

Drilling is also planned this month at the Fredart/Copperlode zone A, where drilling in 1965 by rexdale Mines Ltd showed reasonable economic potential for the deposit. Rexdale historically claimed to have 386,000 tonnes grading 1.56% copper and 33.6 g/t silver* before losing their stake at the property.

(* Rexdale’s estimate is not conformable to any current class of mineral resource or mineral reserve defined by the 2014 CIM Definition Standards for Mineral Resources and Mineral Reserves.)

Overall it looks to be an interesting year of transition for Pistol Bay from a slightly confusing grid position, to a comfortable stronghold as the dominant operator across Confederation Lake and I think we’ve chosen an awkward Q to write about them! The company have great potential to expand their current 43-101 deposit and show an ever increased likelihood of shifting their Athabasca Basin uranium interests onto Rio Tinto, freeing up some cash to get into the ground.

They have a clear and simple, but poorly presented, exploration model, a lot of data to wade through (enough for a more complete set of cross-sections and academic inferences than has been produced) and a better selection of connected prospects than most. I look forward to seeing them back at PDAC2019 with some solid developed models using new drill, field & geochem results.

We caught up with Pistol Bay’s CEO at this year’s PDAC to discuss their plans for 2018: 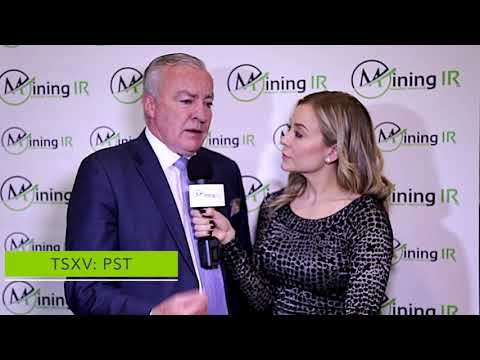 MiningIR host a variety of articles from a range of sources, our content, while interesting, should not be considered as formal financial advice. Always seek professional guidance and consult a range of sources before investing.
James Hyland, MiningIR
tags
Canada, Copper, PDAC2018
Share