With a new drill program and results announced this month its a great time to read up on this Canadian gold and base metal exploration company. Led by experienced geologist and mining engineer Laura Lee Duffet (CEO), Tres Or (TSX.V: TRS) are focussed on projects in the Abitibi Greenstone Belt in North Western Quebec where many famous projects have made their mark on the mining industry, past and present.

16 km northeast of Amos, with year-round road access, on-site power and significant additional infrastructure sits Tres-Or’s primary project, The Fontana.  This site has seen more than 300 drill holes, channel samples, bulk samples from over and underground workings (shaft and galleries) from the 1930s to 1990. It has produced intersections of 17.5 g/t Au over 38.1m and 17.1 g/t Au over 13.7m in historical reports (Non CIM Compliant historic data).

The company has identified four priority target areas on the Fontana Gold Property which include the Hooper-Bunkhouse Zone, Zone 27, Fontana Shaft Zone, and Toughie Zone. These zones are illustrated in the maps below. In addition, surrounding the company’s flagship Fontana Gold Project are an additional twenty-two gold occurrences on the Duvay, Chenier and East Mac claims.

Further north into Quebec, Tres-Or also own 100% rights across a selection of licences in the Guigues Kimberlite field within the Superior Craton where De Beers’ producing ‘Victor Mine’ was discovered. 6 RC holes through the sediment cover to bedrock have brought up eclogite facies garnets (almandine-pyrope) and trace chromite with >61% Cr2O3. More geochemical work is planned, investigating microdiamonds at the site and explorers remain optimistic for impressive results.

As well, this diversified company hold right to the Fabre Project (2450 ha) in the Témiscamingue region of northwestern Quebec. Their exploration follows historical silver-cobalt-nickel, copper, and gold drill intersects within the eastern extents of the famous Cobalt Silver Mining Camp.

Tres-Or completed two drill holes (total 205.7 m of NQ core recovered) which were designed to confirm and extend historical silver-cobalt-bismuth drill intersections reported in report GM 532650 of up to 714.5 grams per tonne (g/t) silver, 8.0% Co, and 1.1% Bi on the property. Tres-Or’s two drill holes were located approximately 1.5 km outside the small town of Fabre, Quebec.

True widths of the mineralized intervals are unknown, and orientation of the mineralization is yet to be determined, but this deposit is worth watching and remains open in all directions for exploration.

A well diversified company means Tres-Or are less reliant on market prices than a single commodity project. Covering diamonds, gold, copper, cobalt and silver means their targets of valuable and industrial resources should keep them steady in face of market demand.

On top of this the management team bring a wealth of successful exploration experience so, we think they’re definitely worth watching throughout 2018 as their new drilling and geochemical programs are released. If you want to be ahead of the game, roll the resources dice now at an enticing C$0.055/share and bag yourself a potential winner.

We spoke to Laura Lee Duffet (CEO of Tres-Or) about the company’s plans for 2018 at this year’s PDAC in Toronto, Canada: 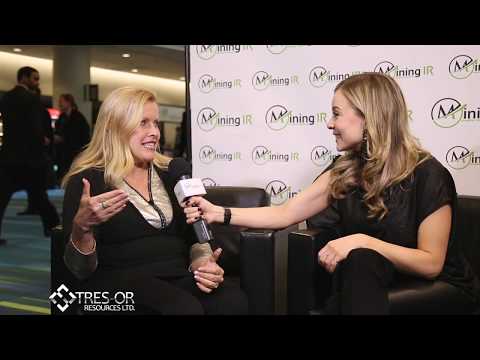 MiningIR host a variety of articles from a range of sources, our content, while interesting, should not be considered as formal financial advice. Always seek professional guidance and consult a range of sources before investing.
James Hyland, MiningIR
tags
Battery metals, Canada, Diamond, Gold, PDAC2018, Quebec, TSXV
Share