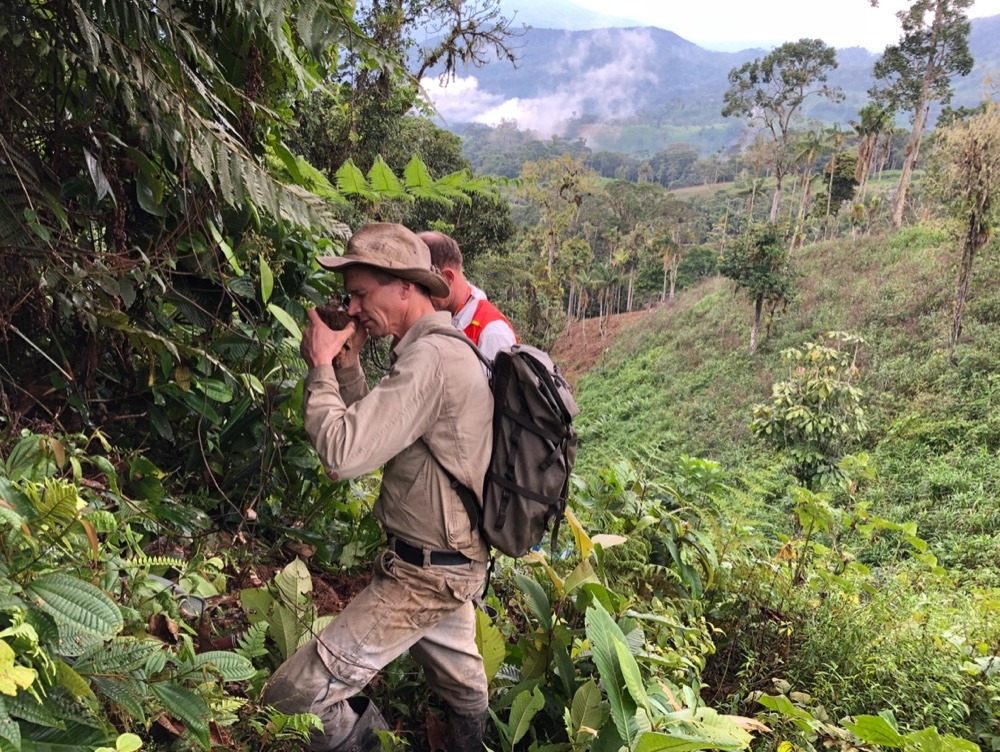 Following hot on the heels of their September 20th announcement that they’d closed their oversubscribed private placement and raised $4.6M which would be put towards exploration on their Lost Cities – Cutucu Project in Ecuador, today Aurania Resources have announced they’ve mobilised diamond drilling equipment to site for the scout drilling on the first of the epithermal targets at Yawi – part of this Lost Cities project.

Aurania’s current plan is to drill three to four holes of between 350m and 500m in length on each of the targets. Modules of the man-portable rig are being carried to the location of the first platform from the asphalt access road. The drill will operate 24/7 until on each target and then the move from one target to the next is estimated to take one to three days. Assay results from the first target would be expected later in Q4.

Discussing what they hope to find at the Yawi location, Aurania’s President, Dr. Richard Spencer, stated “Yawi has spectacularly well-preserved sinter textures that show the position of the land surface at the time the epithermal system developed, and the gold-bearing zone is usually located a couple of hundred metres below that. In fact, we learned from our scout drilling at Crunchy Hill that the gold zone may be somewhat deeper than initially expected in this area of the Project, and our drill plan takes that possibility into account. We expect to be able to release the assay results on a target by target basis about a month after each target has been drilled.”

Aurania is a junior mineral exploration company engaged in the identification, evaluation, acquisition and exploration of mineral property interests, with a focus on precious metals and copper. Its flagship asset, The Lost Cities – Cutucu Project, is located in the Jurassic Metallogenic Belt in the eastern foothills of the Andes mountain range of southeastern Ecuador.
Information on Aurania and technical reports are available at www.aurania.com and www.sedar.com, as well as on Facebook at , Twitter at https://twitter.com/auranialtd, and LinkedIn at https://www.linkedin.com/company/aurania-resources-ltd-.

Endurance Doubles the Size of the Reliance Gold Property, B.C.

Mines and Money London: Putting money into gold – words of...