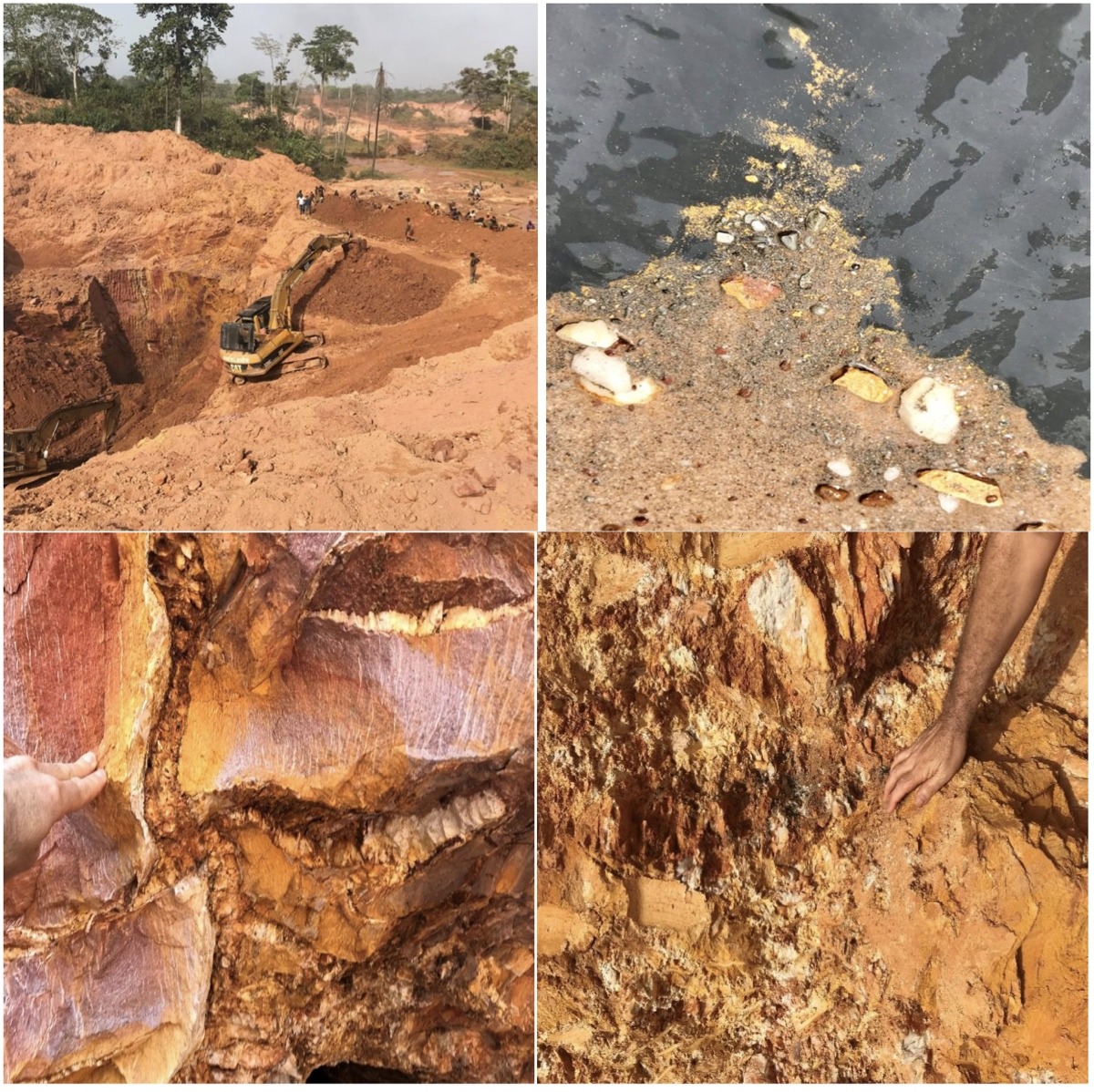 New results shine a positive light on historical reporting of:

Mining activity during the 1930’s with quartz vein zones between 2m to 60m thick, and over 300m in length with evidence of gold mineralisation extending 10m into pyritic schists either side of the veins and averaging 1.5g/t to 12g/t Au.

Previous exploration results returned during the late 1990’s and 2008 including a best result of 2.2g/t over 21 meters (including 5.7 g/t over 5 meters) in a limited rotary air blast (“RAB”) drilling program.

IronRidge’s COO, Len Kolff, said that the consistent and high-grade results from this early stage reconnaissance programme had reinforced both the exploration potential of the project and their strategy to aggressively advance the targets.

“The returned results demonstrate that a high-priority target zone is developing over a 9.8km strike length at average 800m width which remains open along strike in both directions, with coincident hard-rock artisanal workings, high-grade channel and rock-chip sampling results and favourable geology.

“Importantly, mineralisation has been recorded both within quartz veins and the host schist lithology; indicating scale potential and bulk mineable widths.

“Likewise, historical results including 21m @ 2.2g/t gold in RAB including 5.7 g/t over 5 meters provides additional conviction in an important project. “

Looking at next steps for their Zaranou license,  Mr Kolff stated that their field teams are currently completing a high-resolution drone survey with follow-up field mapping, whilst they are planning an aircore drilling programme and soil geochemical program when the dry season commences in October.

Field teams completed detailed face mapping and channel sampling on over 15 large scale and 130 small scale artisanal pits for a total of 145 primary ‘hard-rock’ artisanal mining pits within the central portion of the Zaranou license (refer to Figure 1, above).

The results are significant as gold mineralisation was encountered in both schists and quartz veins, providing confidence in broader mineralised intervals within host rock amenable to bulk mining techniques.

The high-proportion of >1g/t gold results returning in both the channel and rock-chip sampling results, in addition to broad, low-level gold anomalism in channel sampling as part of a reconnaissance programme is noteworthy and highlights both prospectivity within the license area and the potential for bulk mineable widths (Figure 2).

Mineralisation remains open to the north-east and south-west within a 40km striking shear zone with coincident artisanal workings (refer Figure 3 and Figure 4).

IronRidge Resources is an AIM-listed, Africa focussed minerals exploration company with a lithium pegmatite discovery in Ghana, extensive grassroots gold portfolio in Cote d’Ivoire and a potential new gold province discovery in Chad. The Company holds legacy iron ore assets in Gabon and a bauxite resource in Australia. IronRidge’s strategy is to create and sustain shareholder value through the discovery and development of significant and globally demanded commodities.

Find out more at ironridgeresources.com.au