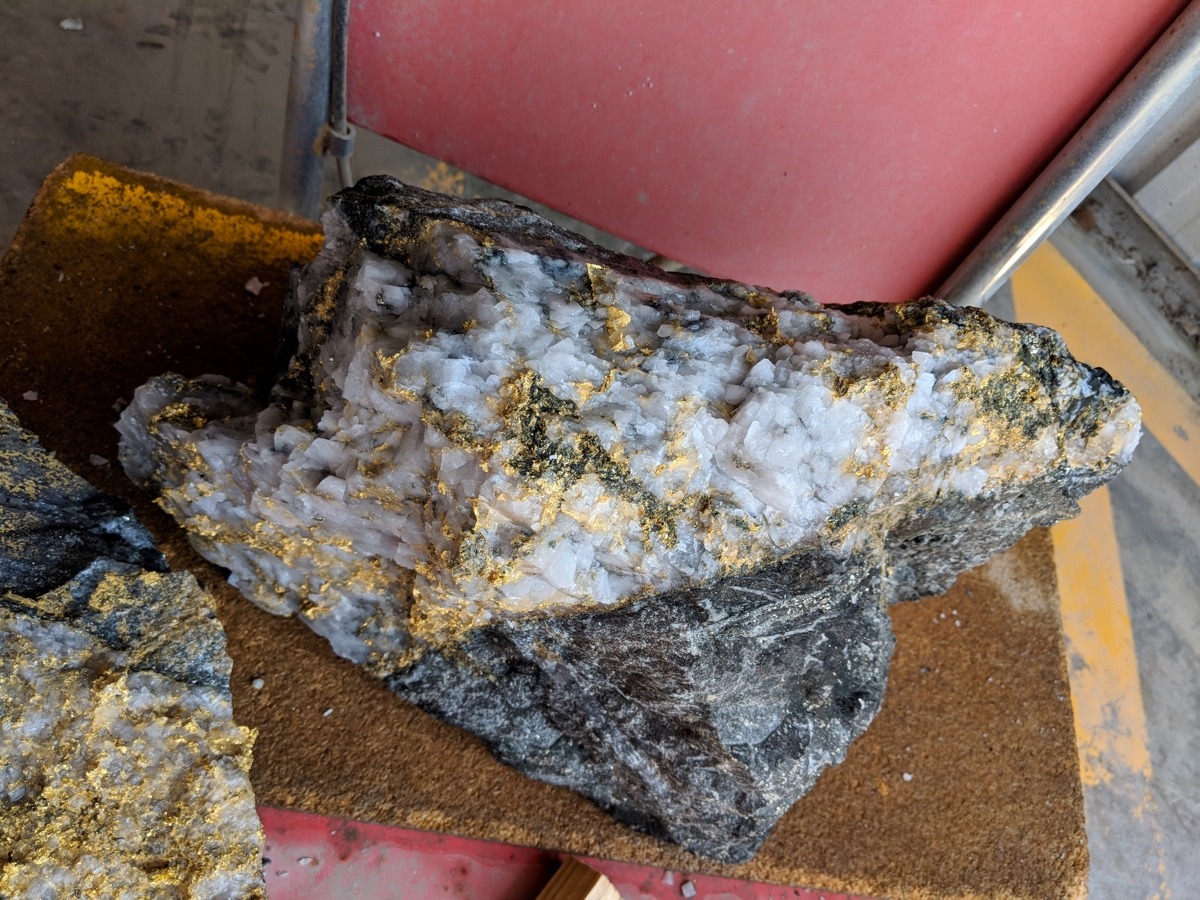 The Canadian Miner, famous for their Father’s Day vein discovery at their Beta Hunt mine, announced strong Q4 results for 2018 largely thanks to the increase in grade across 2018.

Speaking about the results, Mark Selby, President and CEO, commented, “RNC generated more than $27 million Adjusted EBITDA in 2018, with $16 million of that coming in a record fourth quarter. Beta Hunt AISC costs per ounce in the quarter declined to US$698 reflecting increased sales of coarse gold from our Father’s Day Vein discovery – demonstrating the mine’s cash flow potential”.

Missed our interview with Mark Selby at Mines and Money London? Watch it here…

Initial results from the 40,000 metre drill program that was initiated in the fourth quarter of 2018 have been positive. Highlights from assays received to-date include (all drill intervals quoted are true thicknesses):

During the three months ended December 31, 2018, RNC’s working capital deficit was reduced by $8.4 million, including a $4.6 million reduction in accounts payable and accrued liabilities. The cash and cash equivalents balance, plus value of gold specimens held for sale, as of December 31, 2018 was $5.2 million at contained gold value (without premium which RNC expects to realize).

Adjusted earnings before interest, tax, depreciation and amortization (Adjusted EBITDA) improved to $15.9 million in the fourth quarter of 2018, a $17.5 million increase from the comparable quarter of 2017, reflecting the impact of higher sales and revenue and lower production costs. For the full year Adjusted EBITDA improved to $27.3 million, compared to $(0.4) million in 2017. A definition and reconciliation of Adjusted EBITDA is included in the Non-IFRS Measures section of RNC’s MD&A dated March 27, 2019.

Dumont remains one of the world’s premier battery metals projects containing the world’s largest undeveloped reserves of nickel and second largest undeveloped reserves of cobalt. As one of the only large-scale fully permitted, shovel-ready nickel-cobalt projects globally, Dumont is ideally positioned to deliver the nickel and cobalt required to meet the massive demand growth expected from both the stainless-steel market and the electric vehicle market in the coming decade.

Commenting on the Dumont Project, Mark Selby stated: “Our Dumont feasibility update is progressing well, and I look forward to its upcoming release given the increasing market interest in nickel and its critical role in the electric vehicle revolution.”

The results of the updated feasibility study are expected to be announced in the second quarter of 2019.

RNC has a 100% interest in the producing Beta Hunt gold mine located in Western Australia where a significant high grade gold discovery – “Father’s Day Vein” – was recently made. RNC is currently completing a 40,000 metre drill program, the results of which will be incorporated into an updated NI 43-101 compliant Mineral Resource Estimate and mine plan targeted for Q2 2019. Beta Hunt gold resource potential is underpinned by multiple gold shears with gold intersections across a 4km strike length which remain open in multiple directions adjacent to an existing 5km ramp network. RNC also has a 28% interest in a nickel joint venture that owns the Dumont Nickel-Cobalt Project located in the Abitibi region of Quebec which contains the second largest nickel reserve and eighth largest cobalt reserve in the world. RNC owns a 33% interest in Orford Mining Corporation, a mineral explorer focused on highly prospective and underexplored areas of Northern Quebec. RNC has a strong management team and Board with over 100 years of mining experience. RNC’s common shares trade on the TSX under the symbol RNX. RNC shares also trade on the OTCQX market under the symbol RNKLF.

Ecuador and SolGold aiming high together