We caught up with Daniel Major, CEO of Goviex Uranium, an Africa-focused uranium mining company. They have projects in Niger, Zambia and Mali. With Goviex seeing an improving Uranium price, and permits in place for two of those projects, it sounds like 2019 will be very busy for Goviex.

Daniel explained why Goviex is 100% focussed on Africa for their Uranium. He believes the speed at which projects can be set up is critical. Also, the mining culture in the countries in which they operate gives them a stable background to help take the company forward, after all, Uranium has been mined in many of these areas for over fifty years.

What about uranium prices in the future? Daniel gives us his argument for why he’s bullish on Uranium prices – citing nuclear demand back to where it was pre-Fukushima, a faster rate of new reactor builds and a primary production deficit of Uranium at the moment.

Watch the interview to get an insight into the uranium market for 2019 and beyond. 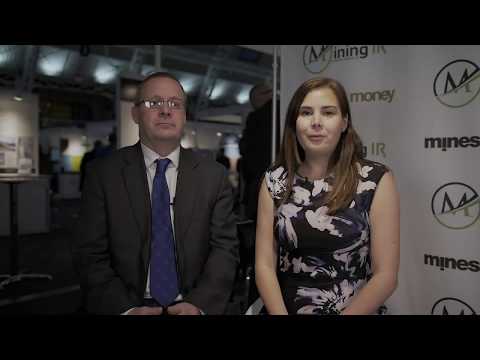 On June 19, 2014, GoviEx successfully closed its initial public offering (IPO) on the Canadian Securities Exchange (CSE), and began trading under the symbol “GXU”. On July 11, 2016, GoviEx transferred its listing to the TSX Venture Exchange (TSX-V).

MiningIR host a variety of articles from a range of sources, our content, while interesting, should not be considered as formal financial advice. Always seek professional guidance and consult a range of sources before investing.
James Hyland, MiningIR
tags
Africa, Goviex, Goviex Uranium, Mali, Niger, Zambia
Share