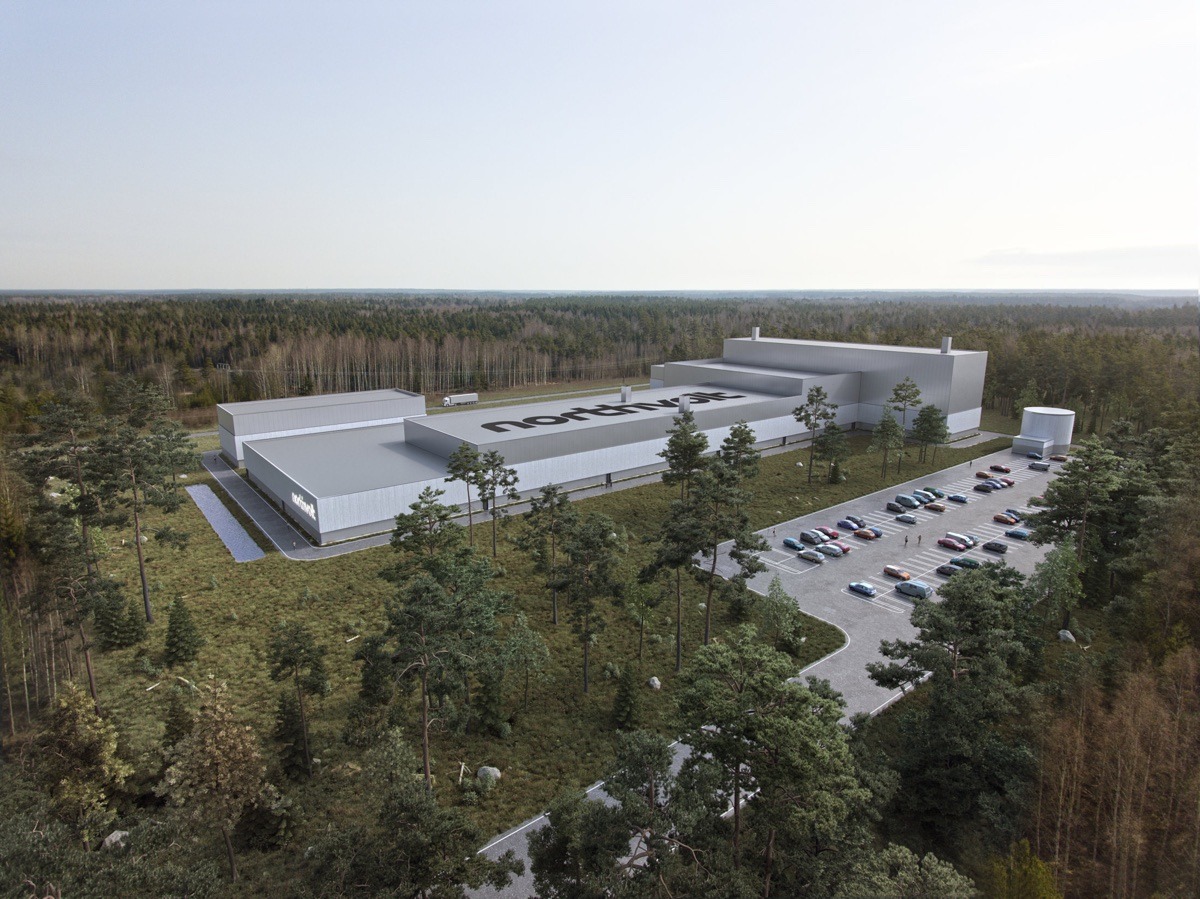 Europe appears to be making up some of the time lost in building a homegrown battery maker to rival what Tesla and various Asian companies, including Toyota and Nissan, have already done. Founded by two former Tesla execs, Northvolt has announced its raised $1bn of capital to build its first factory in Northern Sweden. It’s also planning a second factory in Lower Saxony in a 50/50 joint venture with Volkswagen following a $1bn investment from Volkswagen. VW is also acquiring 20% of Northvolt’s shares as part of the deal.

Other investors in the funding include Goldman Sachs, BMW, the IKEA-owned IMAS Foundation and Swedish pension funds Folksam and AMF.

The Swedish gigafactory is planned to have an initial annual capacity of 16 gigawatt hours, scaling up to 32 gigawatt hours. The battery cell factory will be built in Skelleftea with construction commencing in August.

The Northvolt/VW joint venture factory is being constructed close to VW’s headquarters and is planned to open in late 2023/early 2024. The planned initial production is 16 gigawatt hours, with an ability to ramp up to 24 gigawatt hours.

Volkwagen board member Stefan Sommer commented: “Volkswagen is laying the groundwork at all levels for the successful implementation of its electrification strategy. With Northvolt, we have now also found a European partner whose know-how and sustainable, CO2-optimized battery cell production processes will enable us to advance cell production here in Germany.”

No Beetle-ing about in securing supply

Bloomberg had reported in May that VW was struggling to receive the necessary batteries from the suppliers they had contracts with, specifically mentioning Samsung, so this move to partnering directly with battery producers makes perfect sense as VW recovers from dieselgate emissions scandal and rapidly pivots to electrical vehicles it needs to secure at least a portion of their battery requirements.

As we reported yesterday, this marks another mile down the road of car manufacturers securing all elements of their electric vehicle strategy. What remains to be seen is who will be the first car company to launch their own mining company.

Searching for gold in Nevada a nugget’s throw from Barrick’s Goldrush...